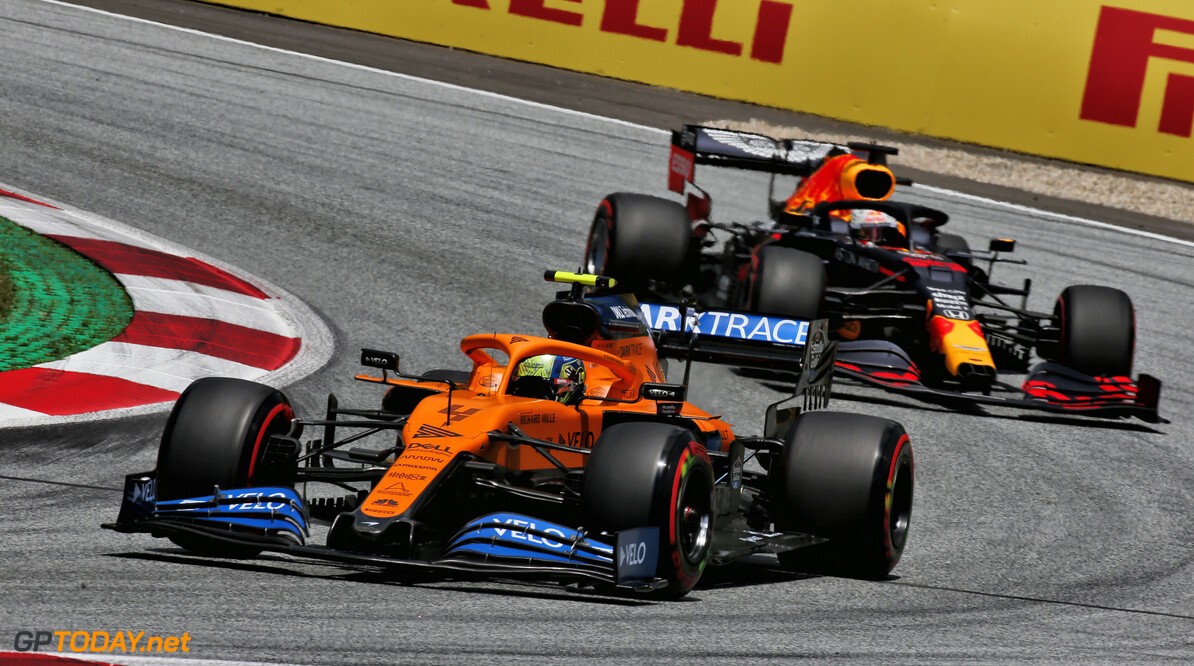 Lando Norris admits he was surprised by McLaren's pace during qualifying in Austria, but is wary of the challenge it faces in the race against Racing Point and Ferrari.

On Friday, McLaren was adamant that Racing Point was too far ahead to fight after the Silverstone-based squad displayed strong pace compared to its rivals.

However in qualifying at the Red Bull Ring, Norris managed to set the fourth fastest lap in Q3 to finish ahead of both Racing Points and both Ferraris, as well as Alexander Albon in the Red Bull.

Despite securing his best ever qualifying result, Norris is cautious over the race pace of opposing teams.

“We had our expectations of where we thought we were going to be,” he told Sky F1. “From the very beginning, the Racing Points have been extremely quick. We never really thought we were in a chance of beating them or getting close to them.

“But as we went to lower fuel and into qualifying, the car started to come alive and feel much better. This track last year was good for us, we had good confidence in the car, it suits it.

“Hopefully the race tomorrow goes well, we have two weekends of this so hopefully we can repeat it as well.”

Norris continued: “They were definitely quicker than us on Friday. Like I said, we weren't expecting this at all. I will 100% take it for now.

“As much as I'll be looking ahead in the race and going forward, there's a lot of cars behind us, Ferrari especially. Their race pace is really strong, for some reason their qualifying pace is a long way off. So is Racing Point's.

“They have a good car, they have a lot downforce. I think they can look after their tyres better than us but if I can stay around where I am, then I'll be happy.”

Norris' teammate Carlos Sainz was eighth fastest in qualifying and will share the fourth row of the grid with Charles Leclerc for the start of the race.