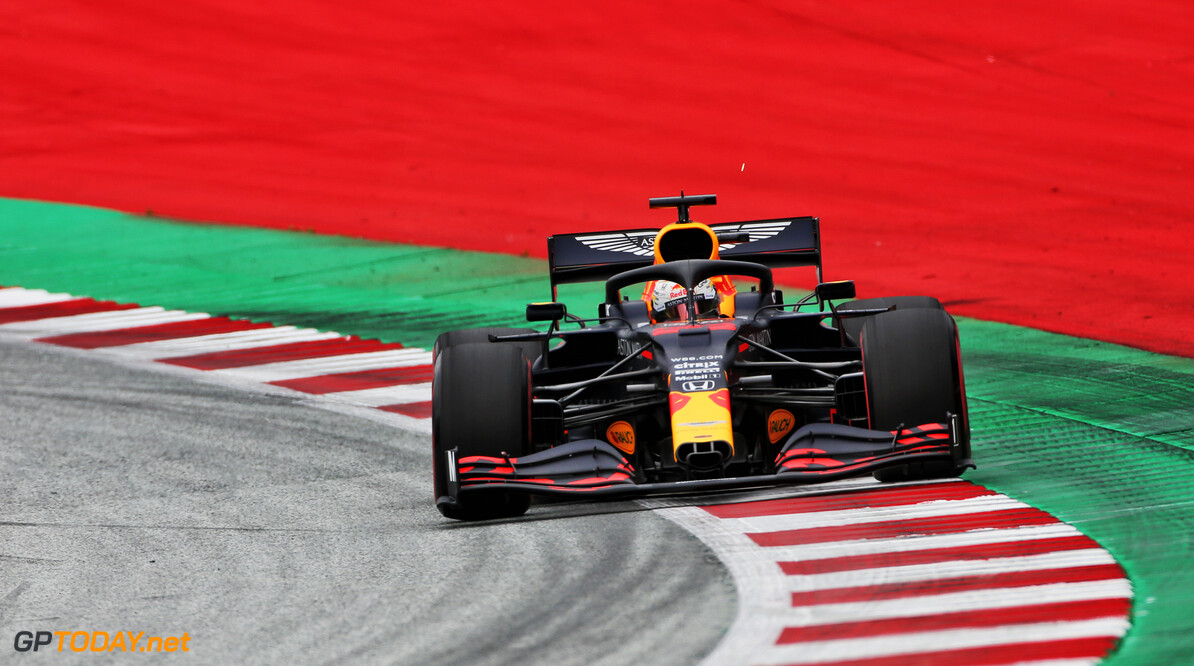 Max Verstappen asserts that there is still more pace to come from Red Bull as his front wing was damaged during his fastest lap.

The Milton-Keynes based squad has consistently been tipped as Mercedes' closest challengers heading into the new season over the last number of weeks, however on Friday, Red Bull's lap times were down on Mercedes.

Lewis Hamilton, who is chasing his seventh world championship this year, ended both Friday free practice sessions on top of the timesheets, with teammate Valtteri Bottas in second place.

Racing Point appeared to be Mercedes' closest challengers, followed by Red Bull and Ferrari, who have played down expectations ahead of the 2020 campaign.

MORE: Verstappen confident Red Bull is in 'a good position' ahead of Austrian GP

Despite Red Bull's apparent initial struggles, Verstappen says that the team has more to come on Saturday.

"I think it was a good day,” Verstappen told Sky F1. “The lap times, they don’t really say anything, because I broke my front wing on the fastest lap.

"But we are, I think, confident. There are always things you can do better, but I think overall it was a good day and I'm looking forward to tomorrow.”

Verstappen and teammate Alexander Albon saw trouble during the second practice session with the latter spinning at Turn 1.

Albon mirrored Verstappen's comments, insisting that the energy drink outfit has more pace to come, but brushed off any concerns surrounding his spin.

“Obviously in race runs, the car gets a bit more lairy,” he said. “I pushed it a little bit and had oversteer.

“We know what we want to work on. I think there are definite areas in the car, short runs and long runs, that we know to address. Everyone has been running different engine modes. We'll see tomorrow.”