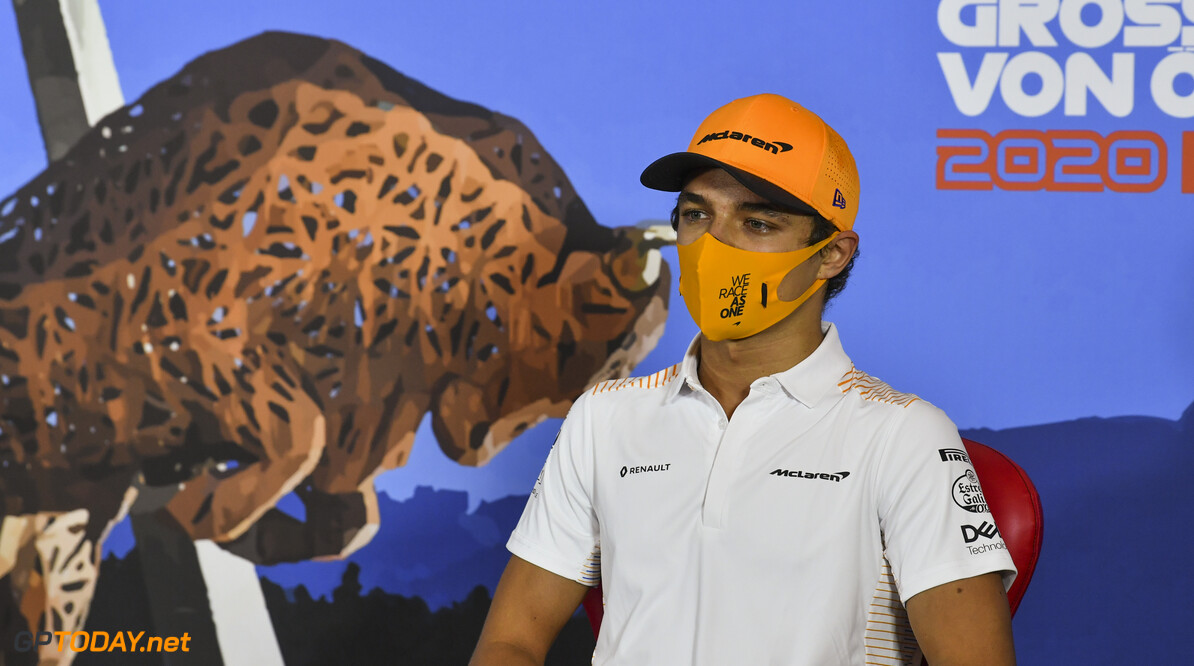 Norris: McLaren prepared for new season despite no F1 test

McLaren's Lando Norris is unconvinced that the team will suffer this weekend having not tested prior to the season opener at the Red Bull Ring.

Norris, who actively competed in sim racing during the extended break, explained that he cannot see how it will make too much of a difference between the performance of the drivers.

Despite not being able to hold a test with an F1 car in the lead up to this weekend's Grand Prix, both Norris and his teammate Carlos Sainz tested an F3 car courtesy of Carlin at Silverstone.

Speaking during Friday's driver's press conference, Norris remarked the difference between driving an F3 car compared F1 but admitted that he enjoyed being back behind the wheel after so long.

Norris was confident that both himself and the team were prepared as much possible and predicted that it will those who did not get to test in F1 prior to the weekend will not take very long to get up to speed.

MORE: McLaren to use slightly revised livery in 2020 as part of #WeRaceAsOne initiative

"I don't think it has impacted us too much compared to other teams," Norris said. "It was a different position for us and we still got out in the F3 cars which obviously isn't F1 and is far from it in terms of speed and everything.

"I think the whole race weekend itself is very different to testing. I think we have prepared every other way as much as possible, on the simulator, with the engineers, the meetings, everything.

"I am as prepared as I can be and we are as a team but nothing comes close to being in a Formula 1 as it does just driving itself.

“Compared to the others who have driven maybe they'll get up to speed a couple of laps quicker than us but at the same time it won't take us long to."