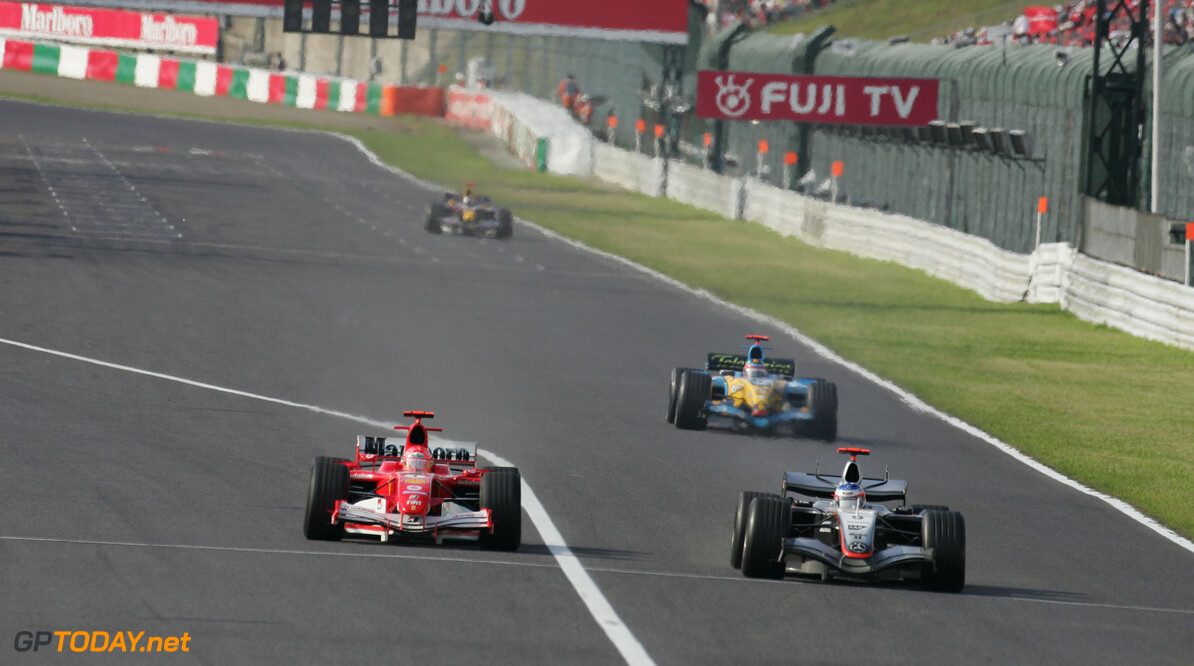 F1 to stream the 2005 Japanese Grand Prix on Wednesday

Formula 1 has announced that it will stream the 2005 Japanese Grand Prix on Wednesday for fans to enjoy.

The race was the penultimate round of the 2005 world championship. At the previous event in Brazil, Fernando Alonso won his first drivers' title, with Kimi Raikkonen sitting untouchable in second place.

Qualifying saw Ralf Schumacher in his Toyota car take pole position, edging out the BAR of Jenson Button by just three-hundredths of a second.

The race is often cited as the greatest drive of Raikkonen's career, as he pushed from the back of the field to the front.

The stream will go live on Formula 1's YouTube channel at 19:00 BST.

We're heading back in time to Suzuka - and one of the greatest drives of Kimi Raikkonen's career ??

Join us as we stream the 2005 Japanese Grand Prix in full, in partnership with @DHL_Motorsports ?#F1 #MomentsThatDeliver pic.twitter.com/hHR4gwohDK