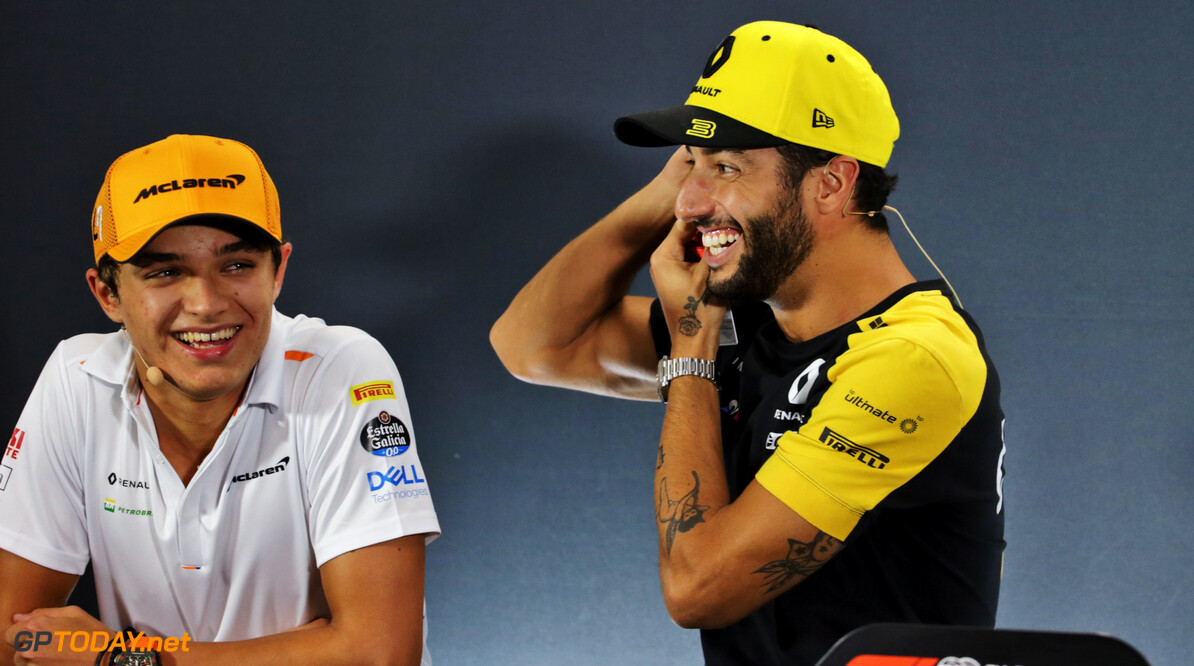 Brown in favour of Ricciardo/Norris entry for Bathurst 1000

McLaren CEO Zak Brown has provided his approval over a potential wildcard entry into a future Bathurst 1000 event for Daniel Ricciardo and Lando Norris.

Ricciardo and Norris will become teammates at McLaren's Formula 1 team in 2021, after Carlos Sainz's departure to Ferrari paved the way for Ricciardo to join.

Brown admits that he is open to allowing his drivers to compete in other events, depending on the schedule.

In 2017, Brown gave permission to Fernando Alonso to skip the Monaco Grand Prix in order to contest the 101st running of the Indianapolis 500.

MORE: Norris in a win-win situation with Ricciardo as teammate - Russell

The Bathurst 1000 is the jewel event in the Australian Supercars championship, with two drivers per car tackling the Mount Panorama Circuit.

Norris recently took part in a number of Supercars All Stars Eseries events on iRacing, and voiced his approval over the cars.

When asked if he would like to drive the machine in real life sometime in the future, Norris said: “100 per cent. In fact, Zak Brown has one.

“We went to a track day once a couple of years ago. I didn’t get to drive it there but he says he’s allowing me to drive it if we ever go out on a track day again in his V8.

And Brown, who is a co-owner of the Walkinshaw Andretti United team, states he would give the go-ahead for a wildcard entry.

“I think they’d both love to do it,” Brown said on Supercars Sidetracked. “I think people now know I’m a little bit different than most of the team bosses in F1 as I like to see our drivers go out and give it a go at Daytona or Le Mans, things of that nature.

“I think it’ll just come down to schedule and whether they can fit it in the schedule.”

The Bathurst 1000 is traditionally contested on the second weekend in October, following the Labour Day long weekend.

Ricciardo, an Australian native, has driven a Supercar on a handful of occasions.