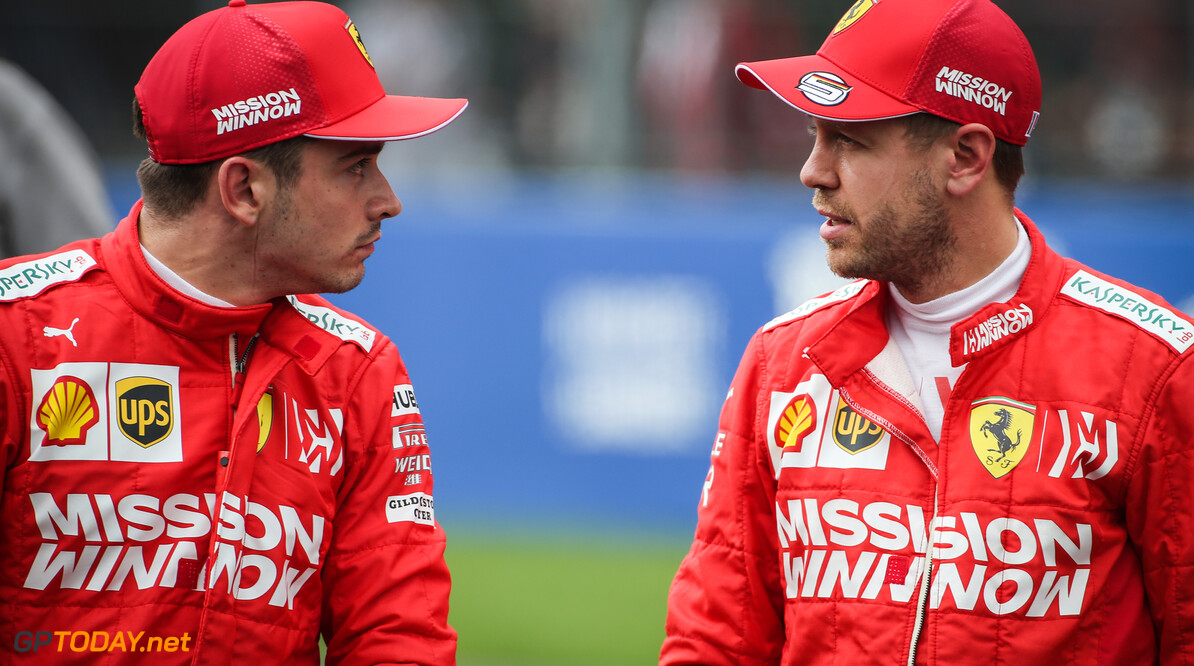 McLaren CEO Zak Brown says he is anticipating that Ferrari will endure more fireworks between Sebastian Vettel and Charles Leclerc when racing gets underway in 2020.

2019 was their first year paired together at the Maranello squad and the duo had a number of high-tension moments mostly involving team orders.

However, at the Brazilian Grand Prix, contact was made between the two in the final laps of the race, sending them both into retirement.

Vettel will leave Ferrari at the end of 2020 and will be replaced by Carlos Sainz, but Brown expects that before the German departs, more hysterics will pan out.

“Clearly it's not a nice environment inside the Ferrari garage at the moment with the drivers and management, it seems to not be a happy family at the moment," Brown told Sky F1.

"Which I think is going to make for some pretty exciting racing in 2020 because I think we saw in Brazil the fireworks that were inevitable and building up. I'm anticipating more of that this year.”

Vettel's 2021 whereabouts remain in the unknown following his exit from Ferrari, with Renault seemingly being the most competitive option for him, provided he doesn't make a shock switch to Mercedes or Red Bull.

When asked where he thinks Vettel could end up in 2021, Brown said: “It really depends, if Seb looks around, it doesn't look like there's a Mercedes or Red Bull opportunity for him, there's not a McLaren opportunity for him, clearly not at Ferrari, so the next best is Renault.

“And the next question is does Seb want to go with a team that is probably not going to win in 2021?

“It's a great team and they too should be moving up the grid but I think unless Seb wants to restart a journey with a team that's back on a journey - then I think he'll end up probably leaving the sport, unfortunately.”