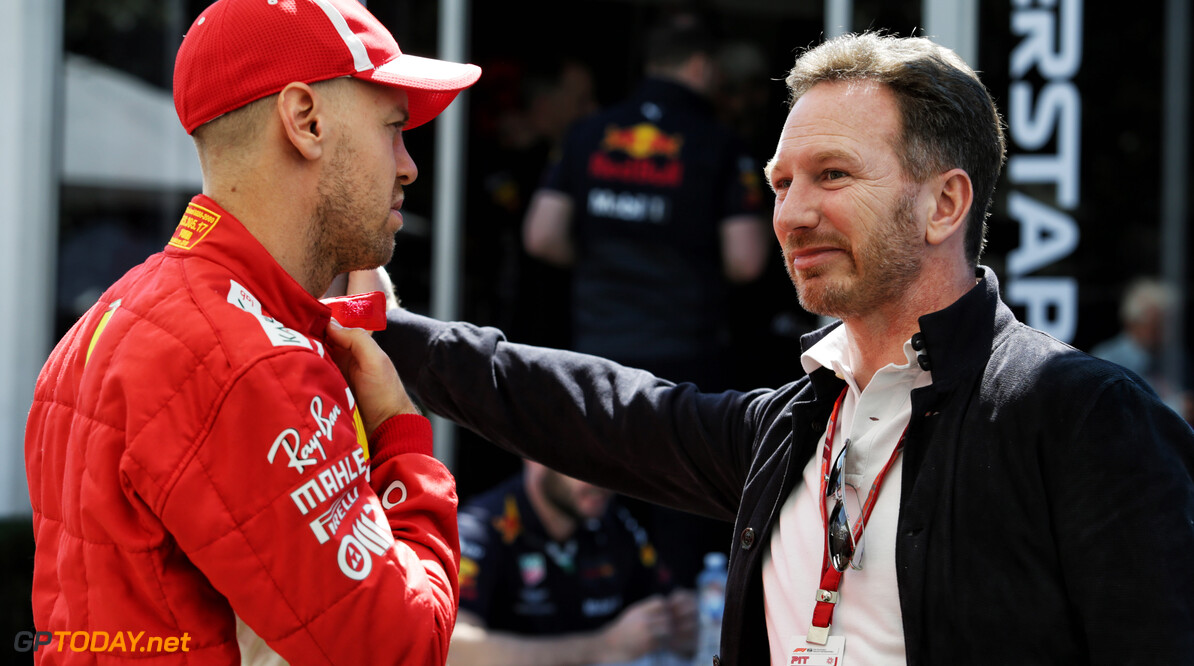 On Tuesday, Ferrari announced that it would not be continuing with Vettel after the 2020 season, leaving major question marks over Vettel's future in the sport.

The German has been linked with a move to McLaren in place of Carlos Sainz, who is set to take the second seat at Ferrari alongside Charles Leclerc.

Over the last handful of years, Max Verstappen has emerged as a leading driver for Red Bull, and signed a long-term extension over the winter.

Horner insists that Red Bull is content with its current line-up of Verstappen and Alexander Albon, and doesn't see change for the 2021 campaign.

"It's enormously unlikely,” Horner told Sky F1 when asked if Vettel could return to the energy drink-backed squad. "We have a long-term agreement with Max, and I think Alex is doing a good job.

“We've got a good dynamic within the team and experience shows that two alpha males doesn't tend to pan out well.”

Horner added that Red Bull doesn't want to have “two alphas” going forward, but is sure that Vettel will have other options on the grid.

"Sebastian is still a very competitive grand prix driver so I don't think it would be conducive for our team to have two alphas.

“We're happy with the driver line-up we have. I'm sure he's not short of options moving forward, but obviously he's chosen it hasn't worked out for him at Ferrari."

When asked if he thinks Vettel could retire from the sport at the end of the year Horner said: “He's still relatively young, he's in his early 30s, if he chose to stay he's obviously still very competitive.

"That's entirely down to him and nobody will know that other than Sebastian what his choices are. He's got strong values, he's got strong integrity, and I think he'll have thought long and hard about this."