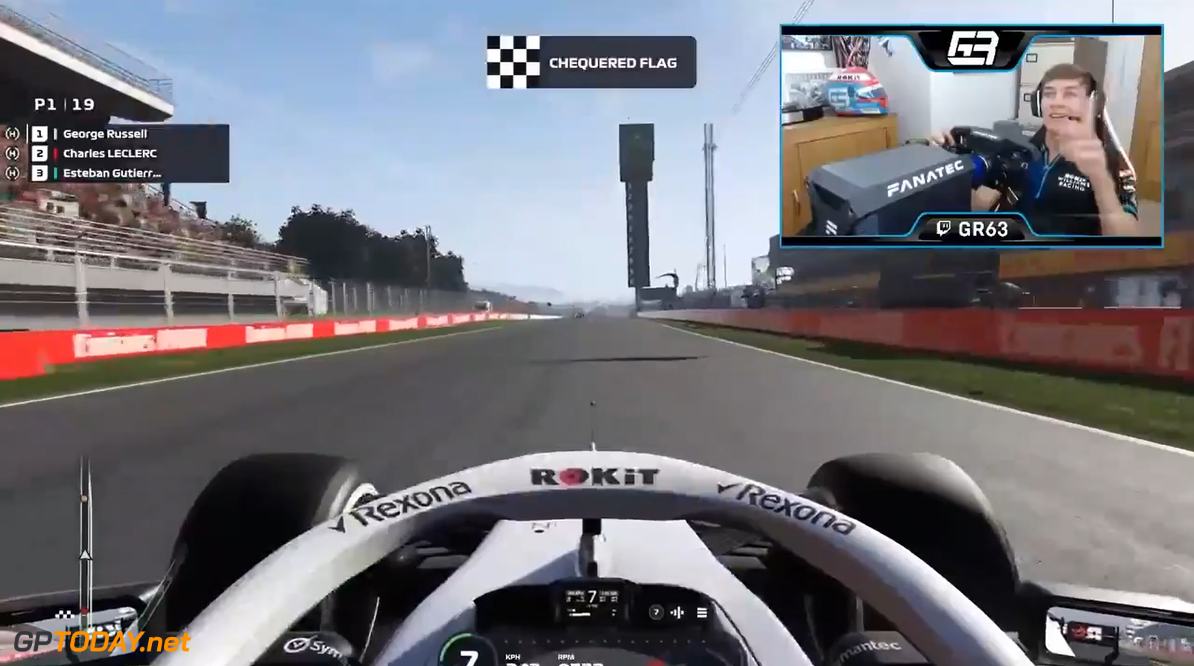 George Russell says he “dearly missed” the feeling of winning a race following his triumph at the Spanish Virtual Grand Prix on Sunday.

The Briton came out on top in a battle against Charles Leclerc around the Circuit de Catalunya, in what was the fifth instalment of the Virtual GP series by Formula 1.

Although the win was through a computer game, the last time Russell crossed the line in first place was at the Formula 2 Feature Race in Abu Dhabi, 2018.

Last year, he spent his debut season in F1 at the back of the field with Williams, who struggled against its rivals throughout the campaign.

“I am feeling ecstatic,” Russell said after his virtual victory. “I’m not used to this winning thing. I’ve not done it for a long, long time so I dearly missed it.”

Russell picked up a three-second time penalty for corner-cutting before overtaking Leclerc for the lead, and could not pull far enough ahead to safely secure the win.

However, on the penultimate lap, Leclerc picked up a penalty of his own, which all but ensured the win for Russell.

"I was angry and I was disappointed [with the penalty]. I knew I had the pace around this track and I didn’t make the best start. I went into Turn 1, and it's very easy in these cars to get spun off and I just thought I can't afford to get spun around.

“Charles did a good move around the outside and I could have been much more aggressive but I thought ‘I’ll try and come back later in the race’ and I was back down in P5.

“I was like ‘not again, I’m going to have bloody Charles taking all the glory once again’ so I was pleased when I came back through.

“To be fair to Charles I think he had some issues in the middle of the race and lost a lot of time, so that helped me out and we had a good little battle at some points.”