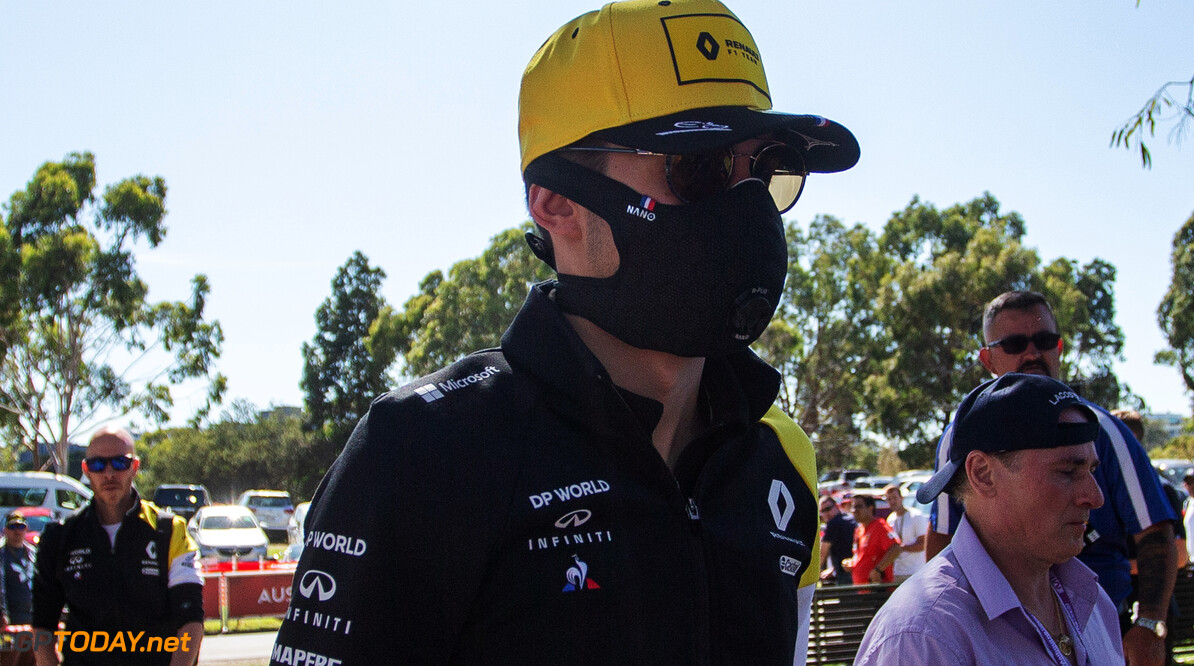 Ocon: Australian GP cancellation was 'quite a shock'

Esteban Ocon admits that it was “quite a shock” to hear about the cancellation of the Australian Grand Prix earlier this month, hours before the first free practice session was set to get underway.

After all ten teams arrived in Melbourne two weeks ago, a member of the McLaren team tested positive for COVID-19, which put the event in major doubt.

On the morning of the first two practice sessions, it was announced that the event would not go ahead and the start of the season was delayed.

Since Australia's announcement, six races have been postponed while Monaco has confirmed that its race will not be held in 2020.

MORE: Ricciardo upset by Monaco cancellation: 'That one hurt me'

In a column for Formula1.com, Ocon wrote: “It was quite a shock to receive the news when I woke up on Friday to be leaving the race. I went to sleep quite early on the Thursday night.

“When I woke up, I was about to go in the shower and I saw tonnes of messages from Cyril and many other people saying someone from McLaren had tested positive and the race was compromised.

“It was a big shock. I was half asleep, half-awake, so it was tricky to fully understand the situation.”

Ocon arrived at Albert Park wearing a black face mask, asserting that he wanted to take every precaution availble in order to race, having not done so since Abu Dhabi in 2018.

“I found Australia pretty strange,” he stated. “I decided to wear a mask when I arrived and left the track on Thursday.

“It was well over 450 days since I last arrived at a race weekend in preparation for a race and I wanted to take every measure possible to not miss out, it’s been too long. I’ve trained this whole time and I wanted to be as strong as possible.

“So I thought it would be best to be cautious with what’s happening and be sensible for others. Of course, it’s out of all our hands with what’s going on, but I wanted to make sure I was doing all I could to be ready. I didn’t want anything stopping me from racing again.”