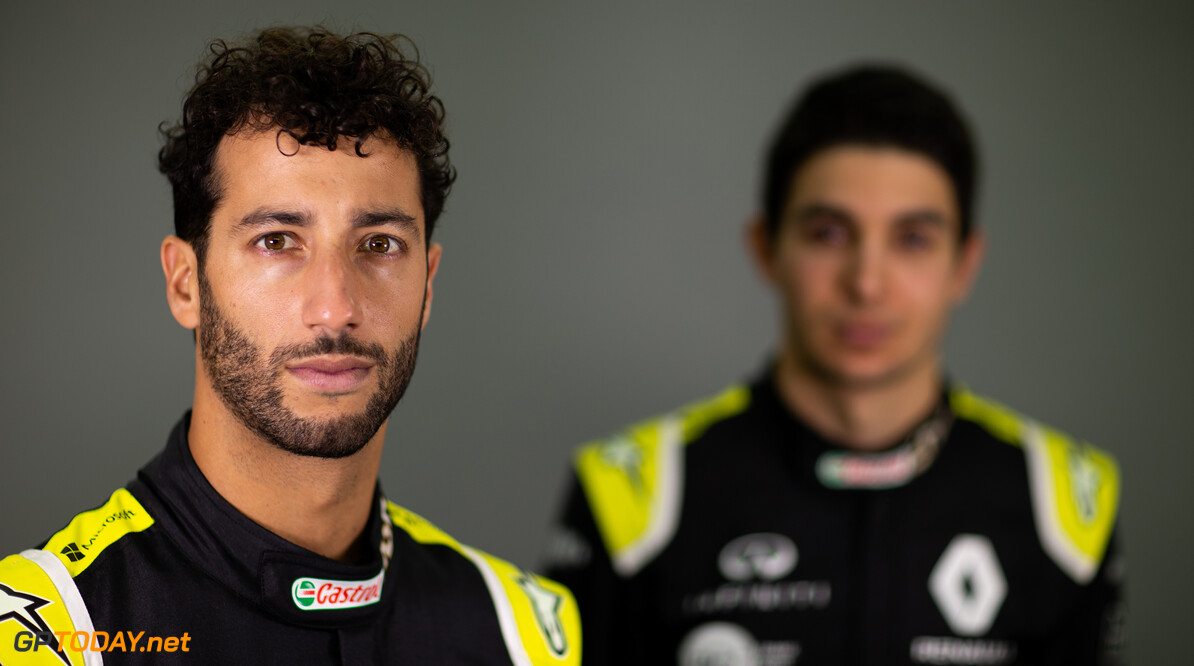 Ricciardo warns Ocon to behave during first season together

Daniel Ricciardo has warned Esteban Ocon that the two can't afford to "tear each other's heads off" during their maiden season together.

Ocon has joined Renault after spending a year on the sidelines with Mercedes as its test and reserve driver, while Ricciardo enters his second season with the Enstone squad.

Ocon had a turbulent relationship with previous teammate Sergio Perez, as the two were involved in a series of on-track disputes during their two years together.

As Renault looks to build itself towards the front of the grid, Ricciardo says that the two must work to maintain a strong relationship.

"He's had problems with Sergio Perez, problems with Max Verstappen," he told The Age. "We need to understand that we're not fighting for wins yet, so for us to be tearing each other's heads off is not the way we need to go about our business.

"We've got to be smart and help each other out and bring the team forwards together. I've got no intentions to do anything other than that."

Ricciardo not worried about Ocon pressure

From 2016 to 2018, Ricciardo had to battle young teammate Max Verstappen, who has emerged as one of the sport's leading drivers.

Ricciardo is not worried about the prospect of being beaten by Ocon, as he has experience in handling pressure from a younger teammate.

"I had a bit of a taste at Red Bull when Max came in as the hot new property and me being the established guy, so it's not new to me," he said.