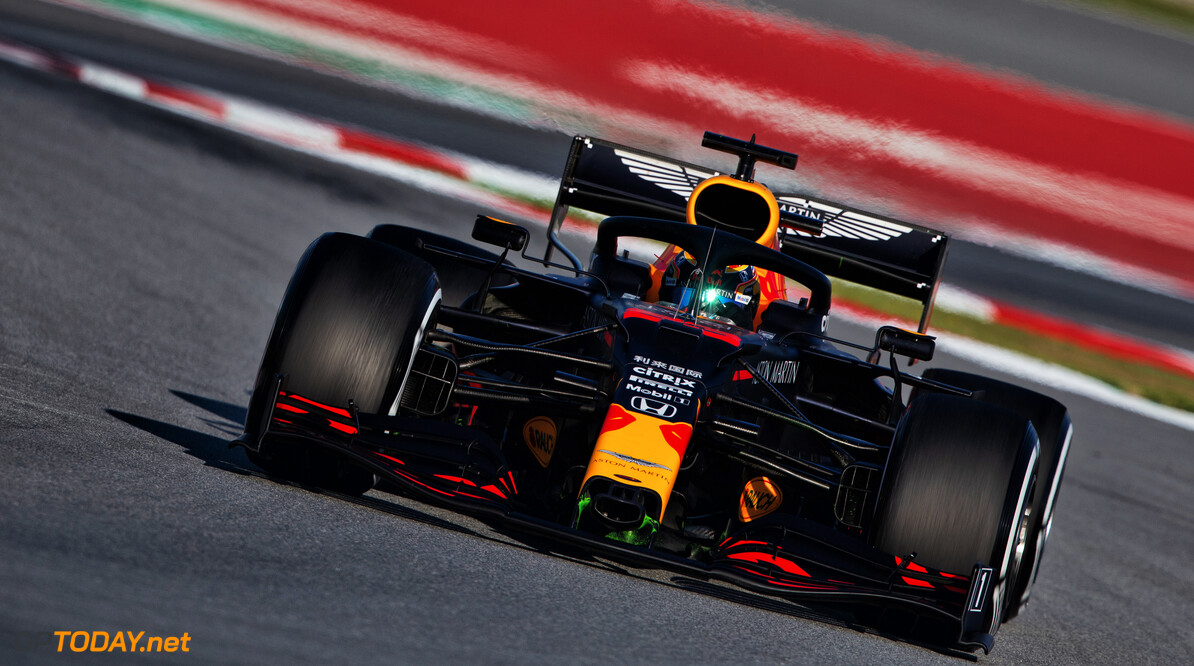 Alexander Albon says Red Bull was anticipating running a lot of laps during the opening week of pre-season testing.

Over the course of three days, the energy drink squad set 471 laps between Max Verstappen and Albon, with the duo sharing driving duties on Friday.

Red Bull is entering its second year in partnership with Honda and is hoping to place itself in contention for a championship-winning position for the first time in seven years.

When asked if the team was expecting to walk away from the opening week of winter testing with so many laps under its belt, Albon replied: "To be honest, yeah.

"We did a lot of work over the winter. We wanted to come in with a lot of laps and get a good baseline for the championship.

"I think pretty much everything went to plan. It just shows how much work goes on behind the scenes. It’s really impressive from the guys at Milton Keynes, as well as Honda, to have such a reliable car."

By comparison, in 2019 Red Bull set 475 laps on the opening week - just four more laps than 2020, despite the fact there were eight extra hours of running 12 months ago.

Having joined Red Bull midway through the 2019 season, the Thai-British driver inherited the seat left behind by Pierre Gasly, who was demoted back to Toro Rosso.

Albon says that he feels more comfortable behind the wheel of the RB16, adding that his comments correspond with those of Verstappen.

"I think it’s a step in the right direction. With all cars there’s a bit of fine-tuning to be done to it," he said. "But as a baseline, it felt better in the first five laps than yesterday. So yeah, it’s a step forward.

"Max’s and my comments are very similar. We’ve both went into the same idea of what we wanted over winter. It’s in line with both of us, not just me."