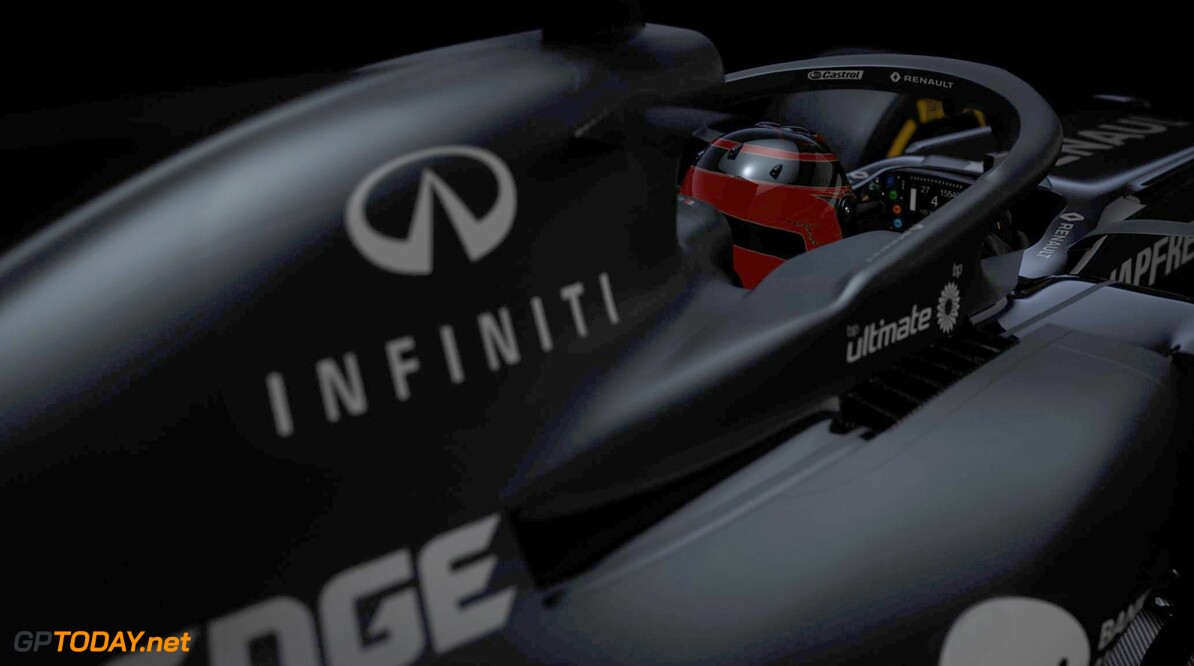 Renault teases with glimpses of the R.S.20

Renault has teased its car ahead of the 2020 Formula 1 season, with four images being shown at the end of a presentation in Paris.

The livery, which is expected to be used for only pre-season testing, appears to be all black with yellow numbering.

The car itself is not yet built and will emerge in full at Barcelona testing next week. A new colour scheme is anticipated for the start of the 2020 season.

Renault has used a yellow and black combination since 2017, following on from its complete yellow design it ran with in 2016.

For the 2020 season, Daniel Ricciardo enters his second year with the Enstone based team, and will be joined by Esteban Ocon.

Ocon returns to the grid after missing out on a seat in the 2019 field. He's tied down to a multi-year deal, while Ricciardo's current contract expires at the end of the 2020 season.