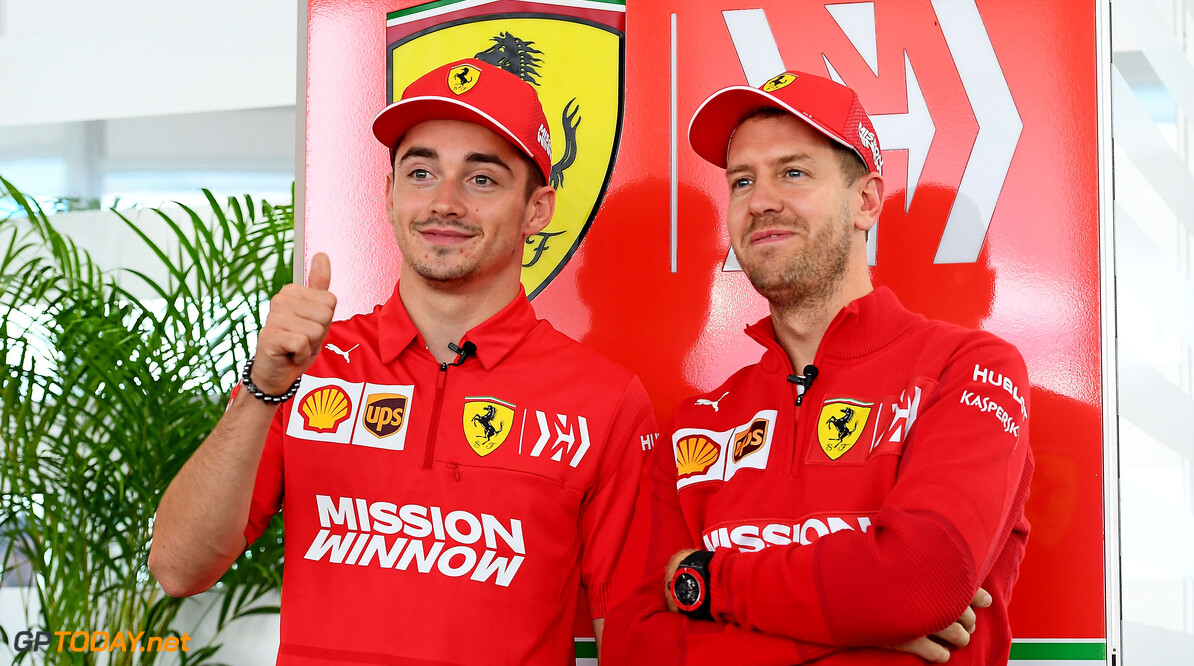 Charles Leclerc admits he wasn't expecting to beat Sebastian Vettel over the course of the 2019 season, which was his first with Ferrari.

Leclerc joined Ferrari ahead of the 2019 campaign, in what was just his second season in Formula 1 having debuted with Sauber in 2018.

Leclerc secured the qualifying head-to-head with a 12-9 scoreline and finished fourth in the drivers' championship - one place in front of Vettel.

However, the Monegasque driver admits that he wasn't expecting to emerge from the season as the leading Ferrari driver.

"No, I didn't have that confidence," Leclerc said. "You always thought that if I do the job correctly that success would come.

"Seb is a four-time champion so it would be difficult to believe it. There have been mistakes and I have learnt from them and they will help me improve for next season."

Leclerc ended the season in Abu Dhabi with a podium finish, his tenth of the season. Doubt lingered if he would keep his finishing position as it emerged pre-race that he was under investigation for fuel breaches.

However, Ferrari was fined and Leclerc's retained his podium finish. The 22-year-old says that his race was "disappointing" when analysing the gap to Lewis Hamilton, who won the event.

"It was very tricky. We stopped early to force the others to stop but Lewis was just too quick and we never managed to undercut him.

"Then I wanted to give everything for the win even if it was putting us more in a difficulty to go wrong, which it did at the end.

"It was my choice to give it all for the win and nothing else and at the end third place is okay, but when you see the gap its quite disappointing because it looks like we are missing something in the race."