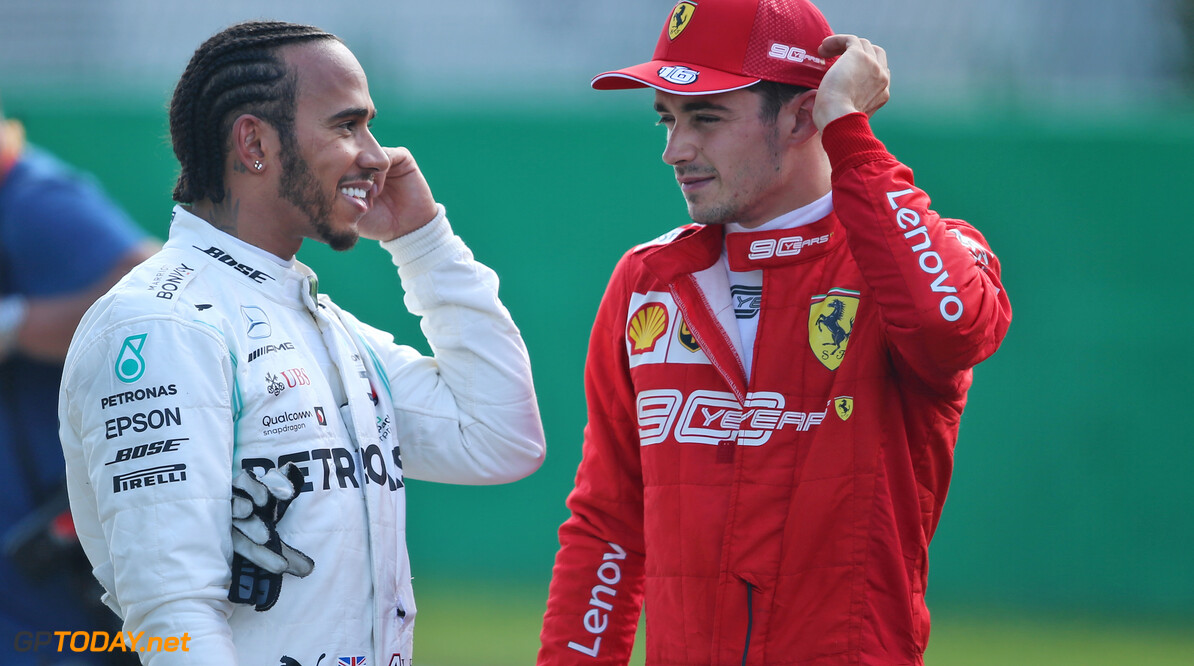 Hamilton: 'Smart and wise' to consider options, does not deny Ferrari talks

Lewis Hamilton has refused to deny he's spoken with Ferrari and says he’s waiting on confirmation from Toto Wolff regarding his future before making a decision on his own.

Rumours have grown recently regarding Ferrari’s potential interesting in pursuing Hamilton when his Mercedes contract expires in a year’s time, with Italian media reporting that the six-time champion has met with Ferrari chairman John Elkann.

When asked about the rumours in Abu Dhabi, Hamilton made little attempt to play down talk of having spoken with Ferrari but did reveal he was waiting for news on Mercedes boss Toto Wolff’s commitment to F1 before deciding whether or not to extend his own deal with the team.

“Naturally, everything that happens behind closed doors is obviously private with whoever it is you end up sitting with,” said Hamilton.

“For many, many years I’ve never sat down and considered other options because we’ve just been driving straight ahead into the path that we’ve been on, and to be honest, I still think that we’re on that path.”

With Sebastian Vettel and Charles Leclerc’s relationship becoming tense at points this season, Ferrari may decide that a move for Hamilton makes sense.

In fact, Ferrari boss Mattia Binotto attracted attention on Friday with his comments that Hamilton’s contract uncertainty “can only make us happy”.

Mercedes’ position on their F1 future remains unclear with rumours the German manufacturer may be considering their long-term future amid a growing focus on other projects such as the new Mercedes EQ Formula E team.

Wolff was in attendance at the team’s debut race in Saudi Arabia last month and is known to be a big admirer of the championship, with wife Susie also involved as team principal of the Monegasque Venturi team.

Hamilton added that Wolff’s future was a consideration, adding: “I know Toto is looking at his options in terms of his future, and only he’ll know what is the best things for him and his family, so I’m waiting to see what he’s doing with that.

“I love where I am so it’s definitely not a quick decision to go and do something else, but it’s only smart and wise to think of what I want if it is the last period or stage of my career.

“I want to keep winning and to keep fighting with these guys [Verstappen and Leclerc], so I can’t really tell you what else is going to happen moving forward.”