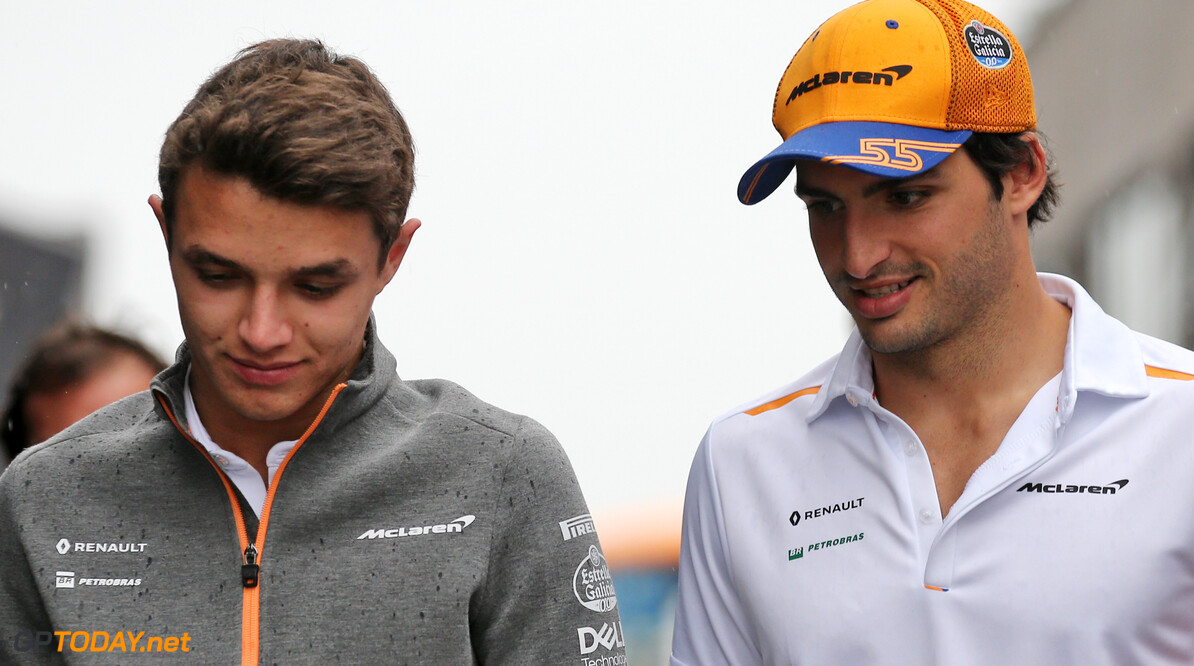 Carlos Sainz and Lando Norris have both spoken out about their intra-team qualifying battle this year, which came to a conclusion on Saturday in Abu Dhabi.

Norris got the better of Sainz earlier today, meaning took the 11-10 victory over the course of the season, despite being in just his rookie campaign.

Sainz qualified in ninth place behind Norris - who claimed the 'best of the rest' spot - and Daniel Ricciardo, who got his Renault in between the McLaren duo.

Sainz insists that he is more frustrated that he didn't do the best job he could in Q3 rather than missing out on beating Norris across the season in their qualifying fight.

"I'm mainly annoyed to not do the best possible job today for the team which I think was better than a 1:36.4," Sainz told media including GPToday.net. "I managed a 1:36.3 in Q2.

"So normally with track evolution and putting together a good lap in Q3, I should have been quicker. But we simply messed it up.

"We put ourselves in a position to not do a clean out-lap, I could've done better holding out the traffic, we could have done better by putting myself in a better position going out in the out lap.

"We just needed a clean lap, so I'm disappointed mainly for that. Today it looked like today we had a bit of an edge over the Renaults."

Norris mimicked Sainz's comments, saying that he is pleased he was able to extract the potential from his car and beat his rivals in the session.

"That's not the thing I'm happy or disappointed about," Norris said of the 11-10 victory. "The thing that I'm happy about, like in other races is if I've done a good job or a bad job.

"Like Carlos said, the times I've been annoyed are Singapore, Japan, when I've made a mistake and it's cost me one or two positions. The reason I'm happy [in Abu Dhabi] is because I didn't make these mistakes and out the lap together.

Sainz added that the battle between the two has been "hyped up" and no considerations towards the sessions where the driver doesn't take part due to certain scenarios.

"I think you guys look a bit too deep into these numbers, there's always two or three qualifyings a year where someone isn't lucky, you don't take part in qualifying because you have an engine penalty.

"So honestly these 21 races, there are so many things that happen, you guys give this battle a big hype.

Sometimes you don't take part in qualifying and you put it as 3-0 for someone. So I think you hype it up. What's important is that myself and Lando have been within a tenth, a couple of tenths of each other."