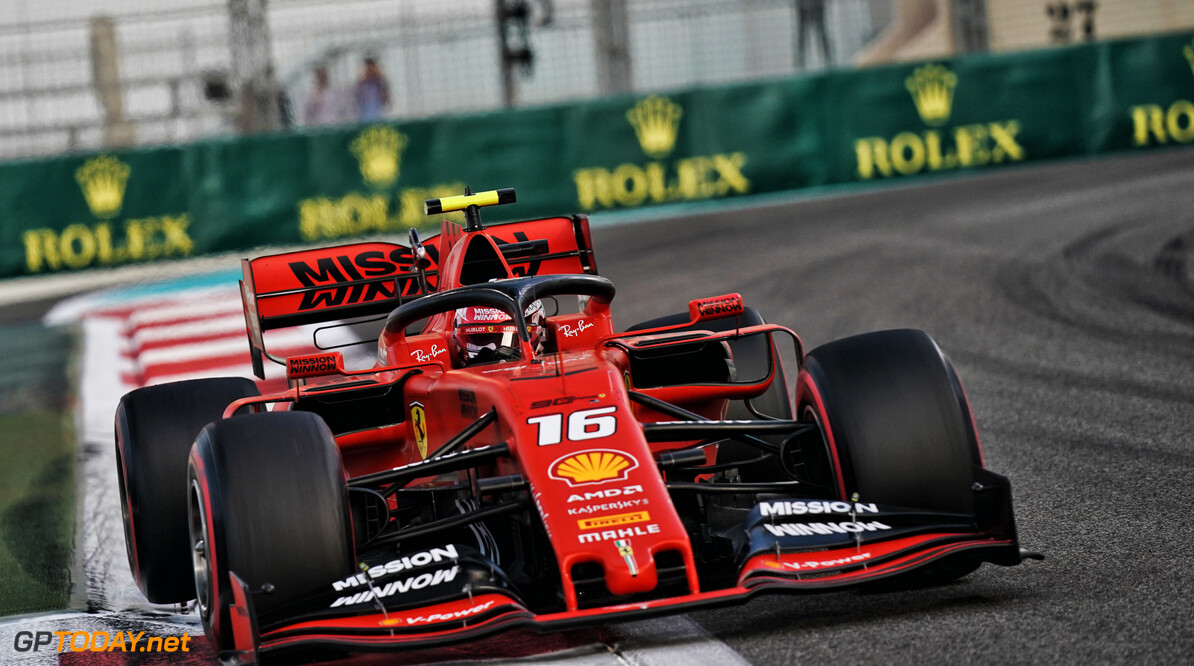 Leclerc vows to be aggressive at race start in Abu Dhabi

Charles Leclerc says that he will be aggressive at the start of the race in Abu Dhabi on Sunday in order to get ahead of Red Bull's Max Verstappen.

The Monegasque is searching to end the season in third place in the drivers' championship, currently sitting 11 points behind Verstappen in fourth place.

Leclerc ended qualifying in fourth place but is promoted up one lace on the starting grid as Valtteri Bottas has a grid penalty for exceeding the quota of engine components that can be used during a season.

Verstappen will start on the front row alongside pole-sitter Lewis Hamilton - but Leclerc is hoping that he can make quick work of the Dutchman.

"I will take quite a bit of risk at the start," Leclerc said. "I need to take some risk and finish in front of Max for the championship. I'll give it all on the medium and see what happens."

Leclerc failed to set a final time in Q3 after he crossed the start/finish line after the chequered flag was waved.

Speaking about the incident, Leclerc said: "It's life sometimes, it happens. I don't know if the situation was just unlucky or if we could have done better but we will analyse it and try to understand to make sure it doesn't happen again."

While Leclerc will start the grand prix on the medium compound, teammate Sebastian Vettel will be on the soft compounds.

Leclerc says that Ferrari was not confident about making it through to Q3 on the medium tyres, but opted to go for it following a strong opening lap in Q2 on the soft compound.

"I think the team was pretty clear about putting both of us on the softs, we were not really sure about going to Q3 with the medium.

"But after the first run in Q2, I did quite a good lap on the softs and was confident about sacrificing in that I couldn't improve on the medium on the second set.