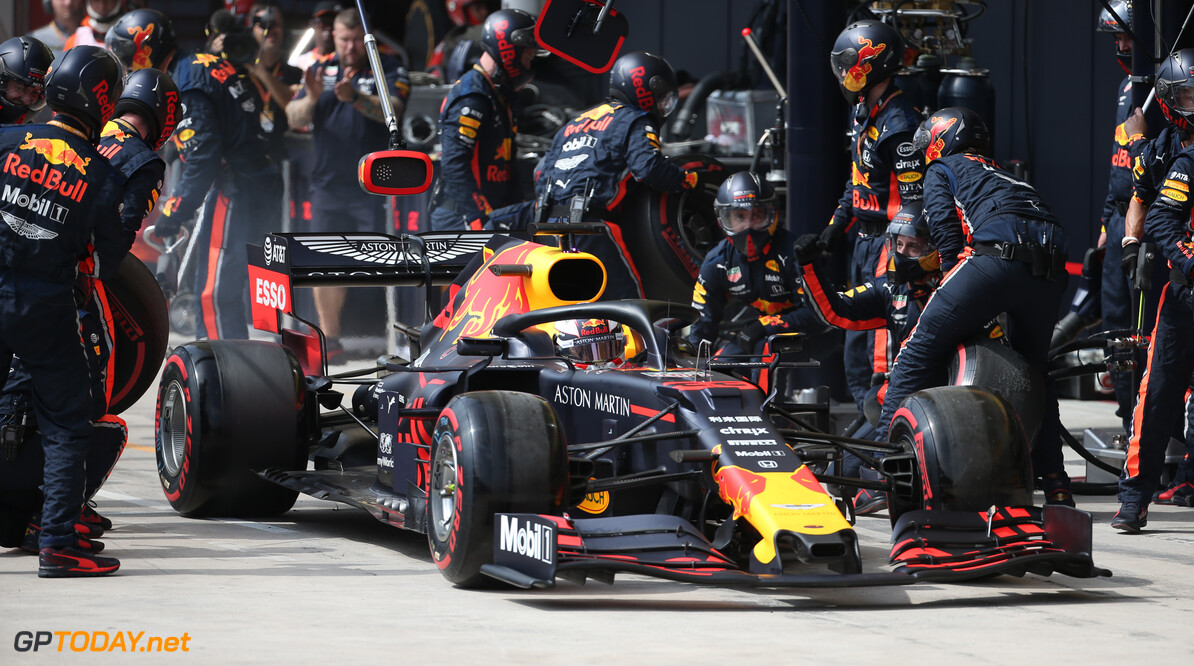 Red Bull had further reason to celebrate in Brazil, as it not only took the race win, but performed the fastest ever pit stop in F1 history.

The pit crew serviced Max Verstappen in an incredible 1.82 second pit stop, marking the third time this season that the energy drink squad has set a new record.

Red Bull last set the fastest ever pit stop at the German Grand Prix, with that stop timed at 1.99 seconds.

Take a look below of the footage of the Red Bull outfit swapping all four of Verstappen's tyres in record time!