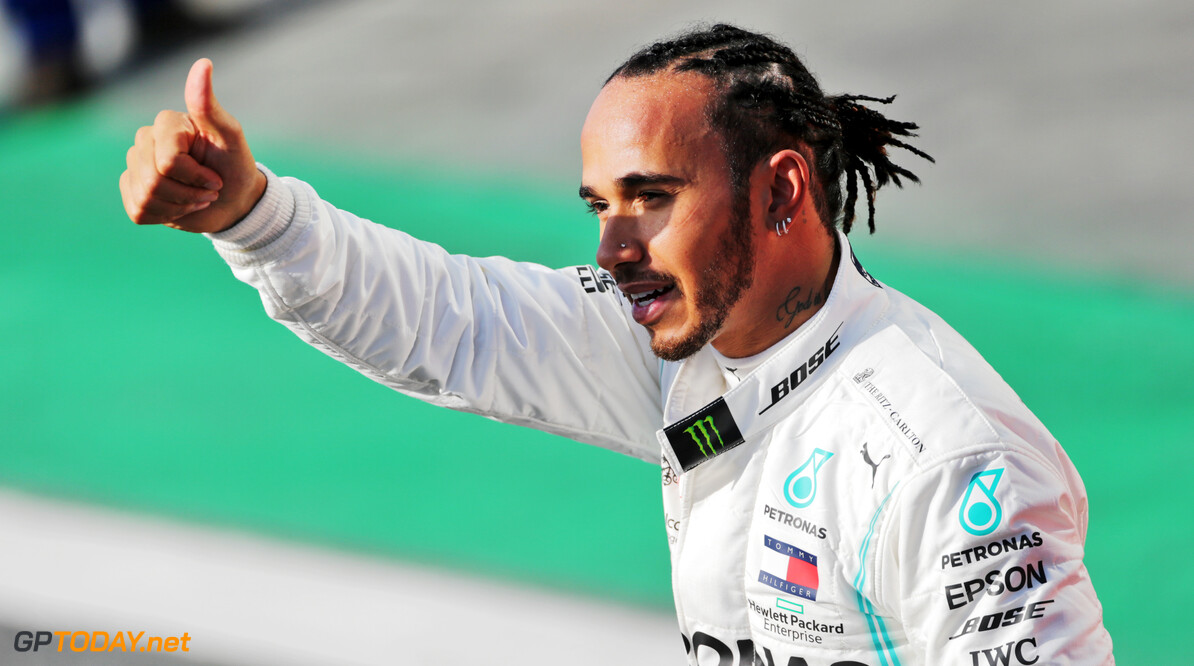 Lewis Hamilton has held up his hands and taken the blame for the clash with Alexander Albon towards the end of the Brazilian Grand Prix.

On the penultimate lap of the race, the pair came together as they fought for second place, with Hamilton sending a move on Albon's inside at Turn 10.

However, as Albon turned into the corner, he made contact with Hamilton's front left tyre which sent him around and pushed him to the back of the field.

Hamilton crossed the line in third place after a drag race to the finish with Pierre Gasly, however he was soon demoted to fourth after receiving a five-second time penalty for the incident.

Speaking to Sky F1 after the race, Hamilton admitted that he was to blame for the impact: “I massively apologise to Albon," he said.

“I went for a move, the gap was kind of there, but obviously it closed at the end and completely my fault. But still a great race.

Max [Verstappen] did a fantastic job today and they just outclassed us in terms of overall performance and we couldn’t keep up with them on the straights.

“But I raced my heart out, I gave it everything, I put everything on the table and I took a lot of risks today. We threw everything and the sink at it. I don’t think there’s anything we could do.”

Albon labelled the incident 'a shame' as he felt Hamilton had the pace to overtake him at Turn 1 on the final lap of the race.

Albon was on course to take his first podium finish of the year, in what was his first race since being confirmed as a 2020 Red Bull driver.