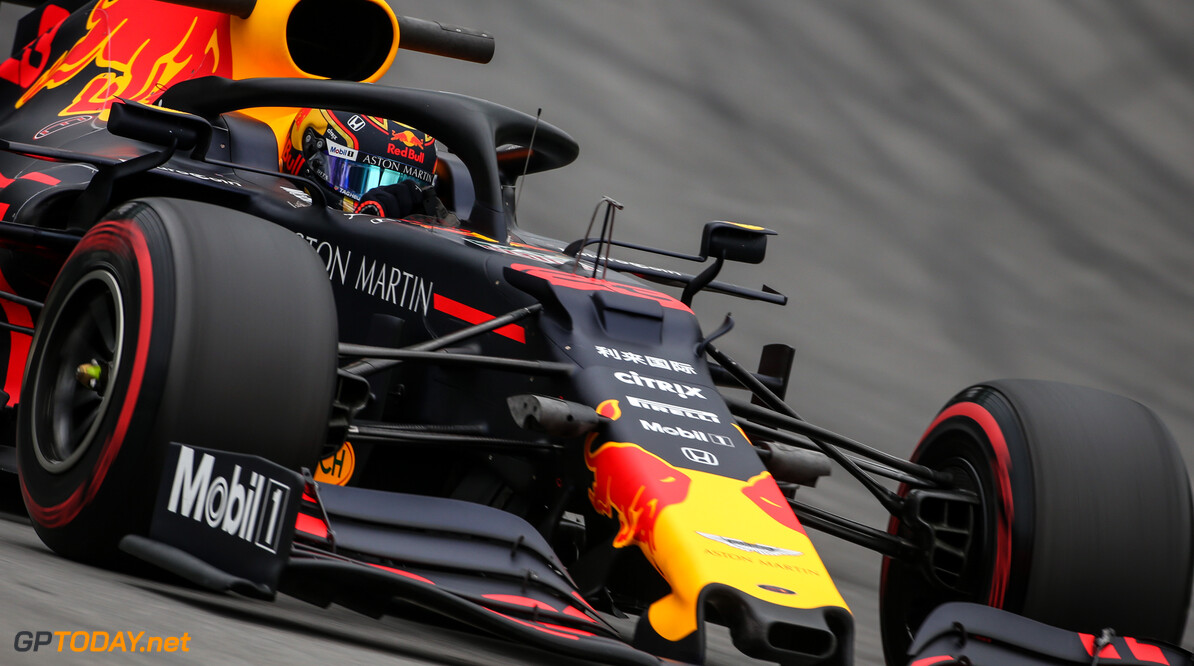 Alexander Albon believes Lewis Hamilton would have overtaken him at Turn 1 on the final lap of the Brazilian Grand Prix had they not made contact.

On the penultimate lap, the pair came together as they battled for second place, with Hamilton sending his car up the inside of Albon's.

Albon was spun around and sent to the rear of the field, while Pierre Gasly picked up the pieces to secure his first-ever podium finish.

Hamilton was handed a five-second time penalty for the contact, which bumped him off the podium and allowed Carlos Sainz to secure his first-ever top-three finish.

Speaking about the incident, Albon said: "I need to look back at it, to be honest. I felt like we came out of Turn 9 and I had some gap to Lewis and I thought 'okay we were okay where we are'.

"I was like I would go in a little bit hot just to cover him and make sure he doesn't get any ideas and of course you see it and once you dive there is a blind spot and you don't know how far alongside he is.

"I thought he was far back enough and I would give him some space but I didn't expect it really. I had the contact, it's kind of a thing where you just waiting for it and then it goes.

"It was a shame because I think he would have overtaken me anyway into Turn 1 because he had the fresher tyres and he was looking racy.

Albon doesn't believe that he lucked into having a shot at a podium finish, as he was able to hold back the Ferrari of Sebastian Vettel at the safety car restart.

"I'd say give myself positives," he said when asked how he will pick himself up. "I don't think we lucked into it. The battle with the Ferraris was good."