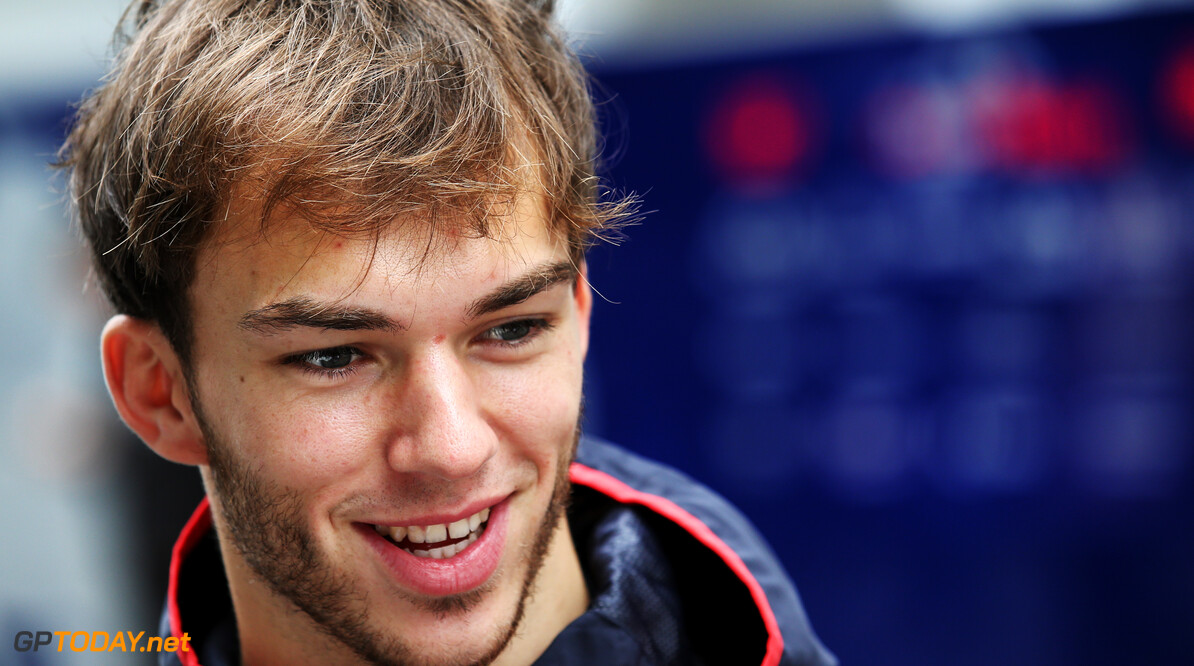 Pierre Gasly says that heading the midfield in qualifying at the Brazilian Grand Prix "feels like pole position" for Toro Rosso.

Gasly blasted through into the final stage of qualifying and managed to get the better of both Haas' and Kimi Raikkonen to end the session in seventh place.

It was a mixed day for the Red Bull junior squad, as Gasly's teammate Daniil Kvyat failed to progress out of Q1, and will therefore start the grand prix from the back of the field.

Due to a grid penalty for Ferrari's Charles Leclerc, Gasly will start the race from P6 - a position that he admits he didn't expect heading into the session.

“I’m really happy with how qualifying went today," Gasly said. "I’d like to pass on a massive thanks to the team for giving me a competitive car. It feels like pole position for us today as P7 in the midfield is the best we can expect.

"We knew we were kind of competitive, but we knew at any point we would be out in Q1, like what happened to Daniil, or we could make it to Q3.

"We know on Saturday others usually find some more time in qualifying, turning the engine up a bit more. We didn't expect it, so that's why it probably feels a bit better. With Charles' penalty, we start P6."

Kvyat stated that he was left in a state of confusion in qualifying, as he was not happy with the balance of his car, despite feeling strong in the final practice session.

At the end of FP3, it was Kvyat who occupied P7 in the timesheets - but in qualifying, he found himself as one of the slowest drivers, dropping out in Q1.

"I am a bit puzzled by the lack of pace in qualifying," Kvyat admitted. "In FP3 I was happy with the car and something when in a bit of a wrong direction in quali.

"I made a couple of mistakes because I wasn't oo happy with the balance, so something changed, but we didn't change much. So I don't know exactly what happened."