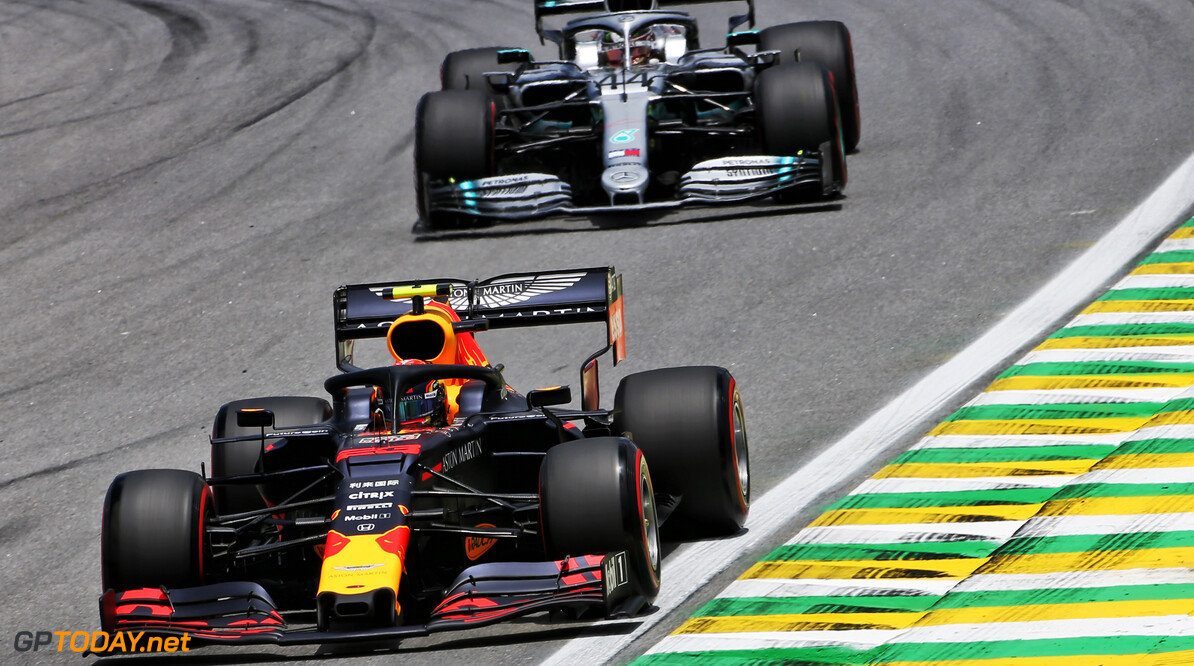 Alexander Albon says that he 'wanted a little bit more' out of the car in qualifying, a session in which his teammate Max Verstappen claimed pole.

Verstappen's lap was just under half a second faster than Albon's, with the rookie Red Bull driver struggling around the Autódromo José Carlos Pace all weekend long.

Albon opened the weekend with a crash in FP1, and then struggled for pace in both FP2 and FP2. He made big improvements in time for qualifying, but the Anglo-Thai driver couldn't manage to put the perfect lap together.

When asked how he felt about his session, he replied: "I’m ok with it. I still want to be up there of course, I wanted a little bit more than that [P6]. After FP3 it was looking a bit grim, but the team turned it around for qualifying but just not enough.

"It was just a case of getting comfortable here, it’s quite a tricky track with long corners and low speeds.

"With these kind of tracks it’s very thermal limited if you make a little mistake in one corner you pay the price for it in the next four or five of them. It [the session] was ok, but not great."

Albon was then asked about his race pace as he hopes to score yet another top-five finish and possibly even his first podium on Sunday, but he replied with: 'It's ok'.