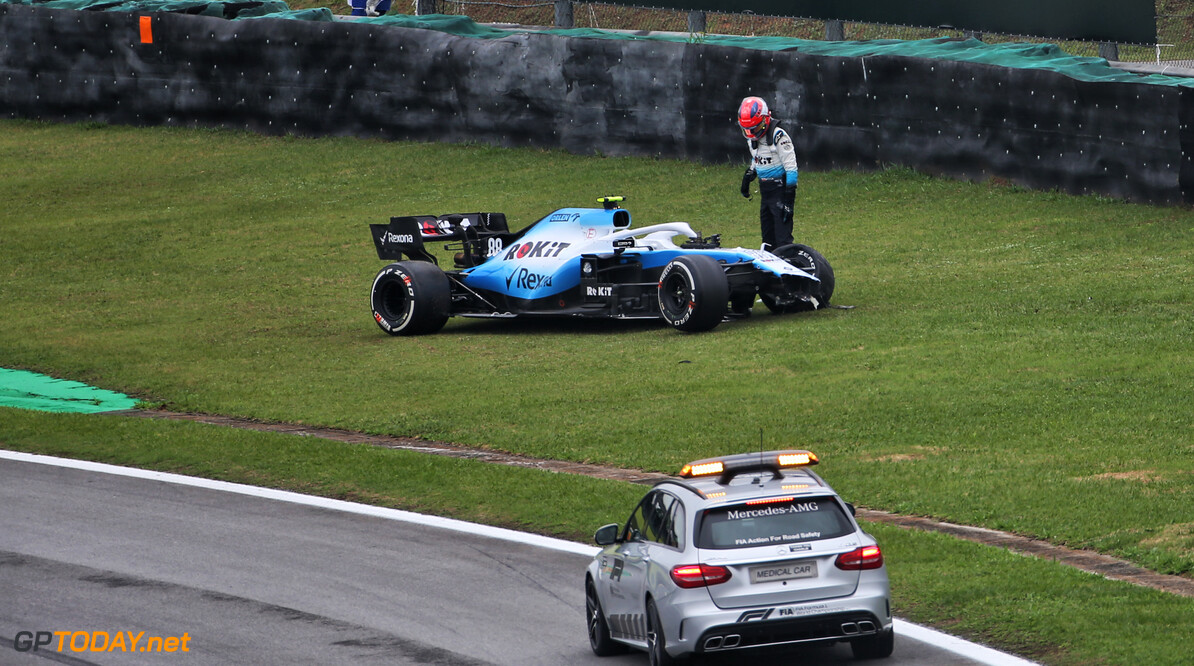 Robert Kubica says that water pushed onto the racing line from a Haas car during the start of second practice caused his spin into the barrier.

The Pole failed to set a lap time at all on Friday, as he sat out the opening practice session as Nicholas Latifi took over his car.

On his first lap behind the wheel of the Williams FW42 at Interlagos, Kubica lost control at the exit of Turn 2 and spun into the wall, bringing out a red flag.

Kubica admits that he originally didn't understand why the crash occurred, but says the situation became clearer after he reviewed footage.

"It was my first lap around here, and at Turn 2 I lost it very late in a very nasty way, which I didn't really understand," Kubica said.

"But then after reviewing, the Haas in front of me by a few seconds went wide on the kerb and pulled out quite a lot of water.

"I was on the hard tyres and lost it in a very nasty way. It's frustrating because in the end, we need a bit of luck.

"It's not an easy situation for us. Today, we didn't have the luck and it was unfortunate tath I was the first car coming there. But that's how it is.

"That's motorsport. It was very, very strange. I only understood it when I saw the images, otherwise I would have thought something broke. But there was no failure. It was just I lost it completely over the water on the hard tyres."

Kubica will get his first laps of the weekend in on Saturday morning before qualifying, as he drives the circuit for the first time since 2010.