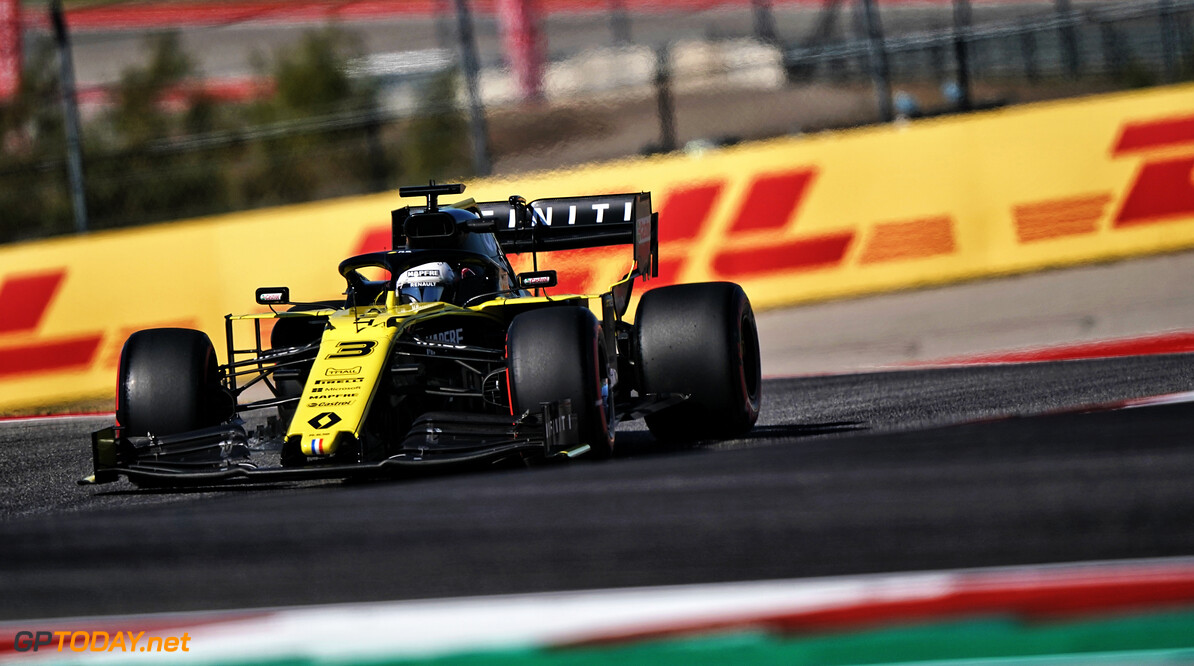 Daniel Ricciardo says McLaren has a wider window to extract potential from the car than what Renault has.

McLaren is set to end the 2019 campaign fourth in the constructors' championship this year, as it currently has a 38 point lead over Renault in the standings.

In recent races, Renault has been able to perform strongly in the races, while it hasn't been able to match McLaren in qualifying - an issue that Renault needs to look into, according to Ricciardo.

"I think we know a few reasons why," said the Australian. "Even on Friday, I wasn't really strong on the long runs so to come out and be the best of the rest and beat the McLarens, even when I think the two-stop was the faster race in the end, that's really encouraging.

"We'll try figure it out how and why, but we'll take it and go and enjoy it."

At the US Grand Prix last weekend, Ricciardo crossed the line in sixth place, taking the 'best of the rest' finishing position ahead of Lando Norris.

However Q3 on Saturday, Ricciardo was over half a second down on Carlos Sainz, who led the midfield pack after qualifying.

"I would say over one lap, I do feel like if I look at McLaren, they seem to be able to get the lap time out of the car a bit easier," Ricciardo said.

"That window that we talk of seems to be a bit wider for them. That's why in qualifying we're not able to extract the most out of it, because it's in short, easier for us to make a mistake.

"But in the race, when the pace comes off and you're not on the limit of the tyre, our window expands naturally and that's why we're able to come back a little bit towards them."