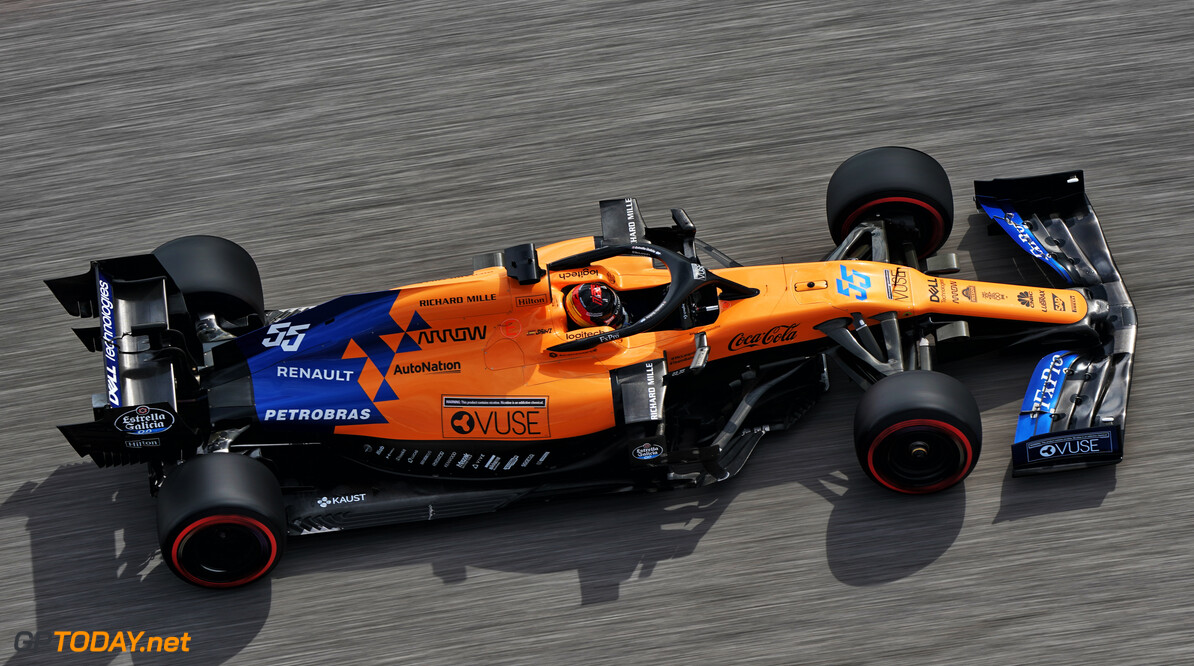 Sainz pleased with US GP recovery after difficult opening stint

Carlos Sainz was left pleased with his recovery drive at the US Grand Prix last weekend following a difficult opening to the race.

The Spaniard came together with Alexander Albon on the opening lap, which cost the McLaren driver a handful of positions.

However, Sainz witched onto the hard compound on his one and only pit stop of the race, undercutting the Toro Rosso of Pierre Gasly, who he was stuck behind.

"After the first lap clash, the way we recovered after a tough first stint stuck behind the Toro Rosso," Sainz said. "We had to undercut him and we were one of the first to put the hard tyre on.

"That stint was probably the strongest of the day, catching Lando and Ricciardo in front before I got lapped.

"I was very interested in a two-stop, in the end the teams split the strategies and we finished P8. But at least we recovered well after the first lap contact which was obviously not my fault.

"It was a shame because it compromised my race, I was on the backfoot. But at least I tried again like always to overtake into Turn 1."

Prior to the race in Austin, Sainz endured a tough event in Mexico as he slipped backwards during the race, scoring zero points for himself and the team.

Sainz says that McLaren uncovered an aerodynamic problem with the car, which was fixed for Austin - leaving him confident that he would have stronger pace in the US.

"In Mexico, I had a problem with the aero of my car. That's what compromised my whole race, we were losing a lot of points of downforce compared to Saturday.

"So we found out that and came into the weekend knowing that if nothing happened in the race, we would have good pace. But unfortunately, we spent the first 20 laps of the race in traffic.

"Overall I'm happy with the pace and performance. But you see, when you lose track position in F1 nowadays, you lose a lot of options of finishing best of the rest."