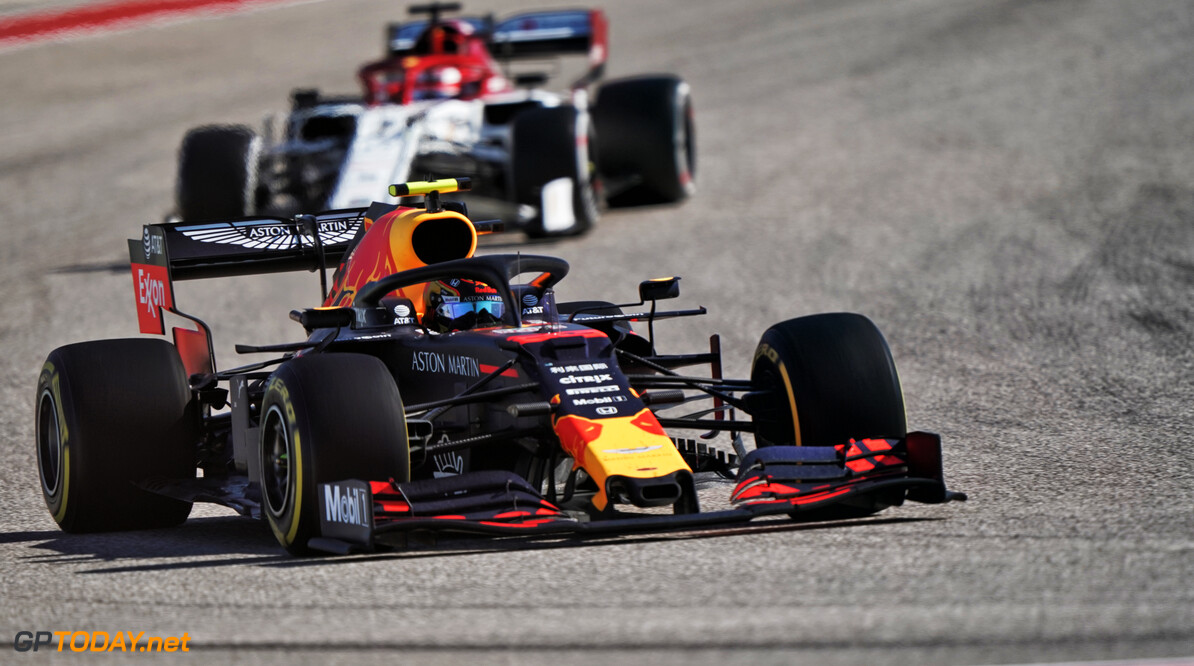 Albon 'had the pace' to fight Leclerc

Alexander Albon believes he possessed the pace to fight with Charles Leclerc during the US Grand Prix before his setback on lap one.

The Red Bull driver became squeezed between Leclerc and Carlos Sainz on the exit of the second corner, and touched wheels with Sainz which sent him over a kerb.

Albon pitted at the end of the lap, and would make two more stops during the race on his way to fifth place.

Speaking after the race, the Thai-British driver says he enjoyed his comeback, but is confident that he could have had a higher result had it not been for the contact.

"I'm happy with the recovery," he said. "I want to see Turn 1 again, I feel like it was no one's fault, everyone just came together. I'm not sure how it looked on TV.

"It's just one of them. I saw Charles and Carlos, to be honest, I expected Carlos to go around the kerb, so I kept it on track. But as soon as we touched I took the lumped kerb.

"From then on it was a recovery race. I had some fun out there, but I didn't want to make it as hard as it was. I would've liked to have fought with Charles, we probably had the pace for that."

Albon believes that he had strong pace throughout the weekend, and the gaps to the rest of his rivals during the weekend do not paint the full picture.

"It was okay. our pace didn't really show through very well," Albon reflected. "Qualifying, I made a mistake on my Q3 lap so I think I was a lot closer than it looked.

"But still, there's work to do. I'm just missing that little bit more. But more laps in the car, with the team, we found some good direction after qualifying. During qualifying, I felt more and more comfortable."