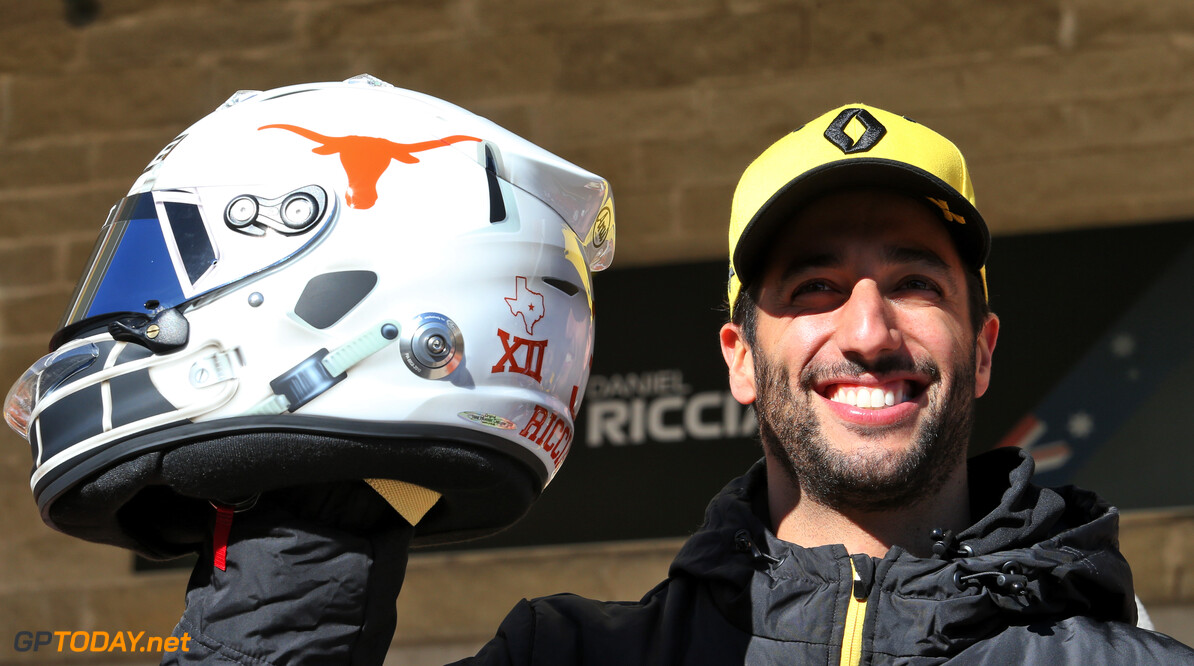 Daniel Ricciardo has unveiled a special helmet design for the US Grand Prix, which differs greatly from his usual 2019 colours.

The Australian has opted for a predominantly white design with the logo of the Texas Longhorns, a team that plays Division 1 NCAA football.

Speaking about his new design, Ricciardo stated that he wanted to "tip his hat" to the Longhorns after he attended a game in 2018.

"The long and short of it is: I love Austin," Ricciardo said. "The first year we visited here, I fell in love with the place, the people and the atmosphere; it speaks my language!

"Last year, I finally went to a Texas Longhorns game and it was an awesome experience so I thought this year I’d tip my hat to them.

"I normally try and do something Austin themed here and I thought the Longhorns was a cool one with the idea to do a Football helmet; it’s pretty special and I’d like to show some love to the city!”