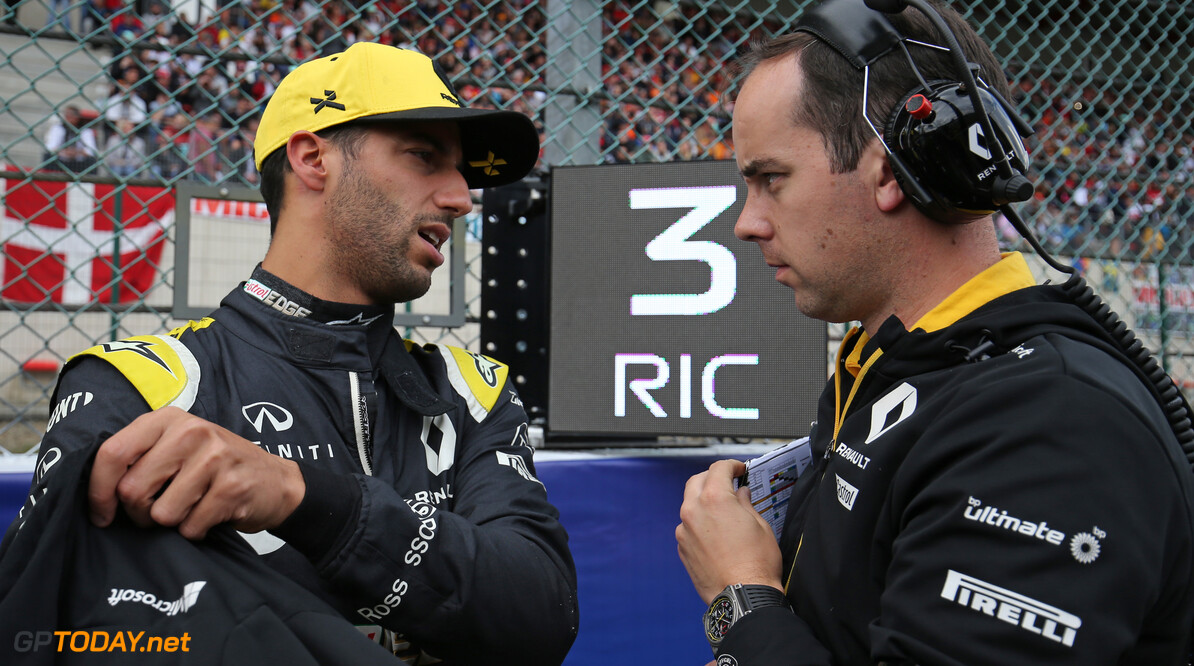 Daniel Ricciardo insists the banning of Renault’s brake-bias adjustment system is “not a big loss” and has compared it to F1 cars having power steering which he believes is a far more significant driver aid.

Renault had both its cars disqualified from the Japanese Grand Prix for the use of an automated brake-bias adjustment system, with the FIA deeming that the French team had broken the sporting regulation stating that the car must be driven “alone and unaided”.

A response was issued confirming that the team had in fact been running the system for several years; an admission further backed up Romain Grosjean who says he used the system back in 2015 when driving for Renault’s predecessor Lotus.

When grilled on the subject, Ricciardo, who joined the team from Red Bull this season, played down the significance of the outlawed system and insists it delivers far less of an advantage than a widely accepted ‘driver aid’ such as power steering.

“When you weigh up other driver aids that we’ve got then [the brake bias system] is a very, very minute one. [Compared to] power steering, that’s a massive driver aid, and we can adjust levels of that.

“If we removed power steering from F1, I’m not sure any of us would be able to get around a lap with all the load and the force on the car, so that’s a massive driver aid.

Ricciardo admits the system was a feature of previous Renault cars but maintains the FIA are ‘four years too late’ in outlawing it and that they should have banned it earlier if they believed it to be offering the team an unfair advantage.

“I know the team’s had it for a few years, it’s not just this year. At some tracks actually I said I wanted to do it myself so we wouldn’t activate the system because also the tyres change, the temperature changes so maybe you don’t always want [the same settings each lap],” said Ricciardo.

“They’re four years too late I guess. Disqualification from a race is very big and that’s why a lot of people feel that it’s something bigger than it was, but as I said, in the end, it was just giving us a couple less switches to do per lap in some situations.

“If they wanted to do get it earlier, they should have, They’ve found it now, it sucks for us but it’s ok. Obviously, it was a team that protested us as well, it wasn’t the FIA that put in the protest. I guess the team just figured it out, or they’re getting drunk and telling stories.”