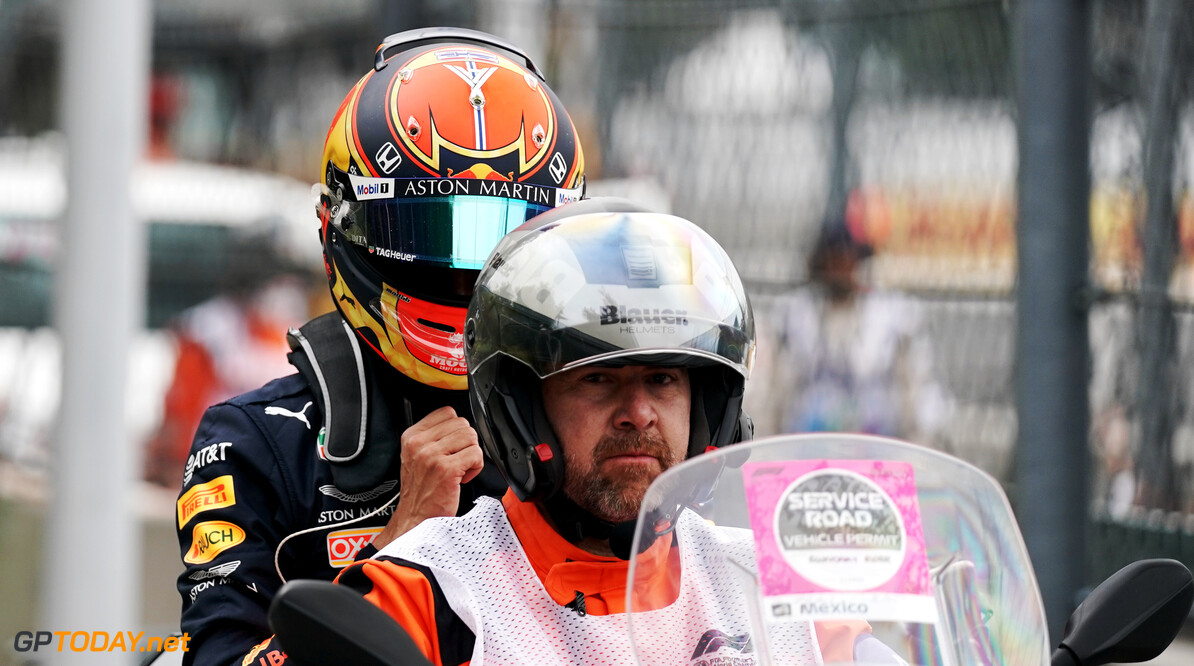 Albon denies he took too much risk in FP2 crash

Alexander Albon has denied that he was taking too much risk into Turn 7 at the Autodromo Hermanos Rodriguez before he crashed out of the second practice session.

Only minutes after the start of the afternoon session, the Thai-British driver lost the rear of his Red Bull RB15 and spun into the barriers.

Albon described the crash as a "silly mistake" but denied that he was taking too much risk when approaching the corner.

"I was just a bit wide on entry and I lost the rear really quickly," Albon said. "Defineilty not too much risk, just a silly mistake.

Speaking about the balance of his car, he added: "It wasn't too bad, it's more the downforce here. Just with high downforce but skinny air, it makes it tricky. It's just one of those things.

"Everyone was going off and making mistakes, but I just made the biggest one.

“I think the car’s good. It kind of shows what the car was like the last two years. I’ve just got to rebuild the rhythm a bit for tomorrow and fight for the qualifying.”

Albon's teammate Max Verstappen ended both sessions in second place, however the Dutchman doesn't believe that Red Bull is in the fight for pole position on Saturday.

"I think he was distracted by the Mercedes on the left-hand side of the track," Horner said. "It's a shame for him to lose that track time, because the first time here, it's important to get as much track time as you can.

"Everybody makes mistakes. It's one of those things. It's a shame for him, he was going well and had a positive first session. Unfortunately, he hasn't had a chance to build on it and will have to follow the data with his teammate closely now."