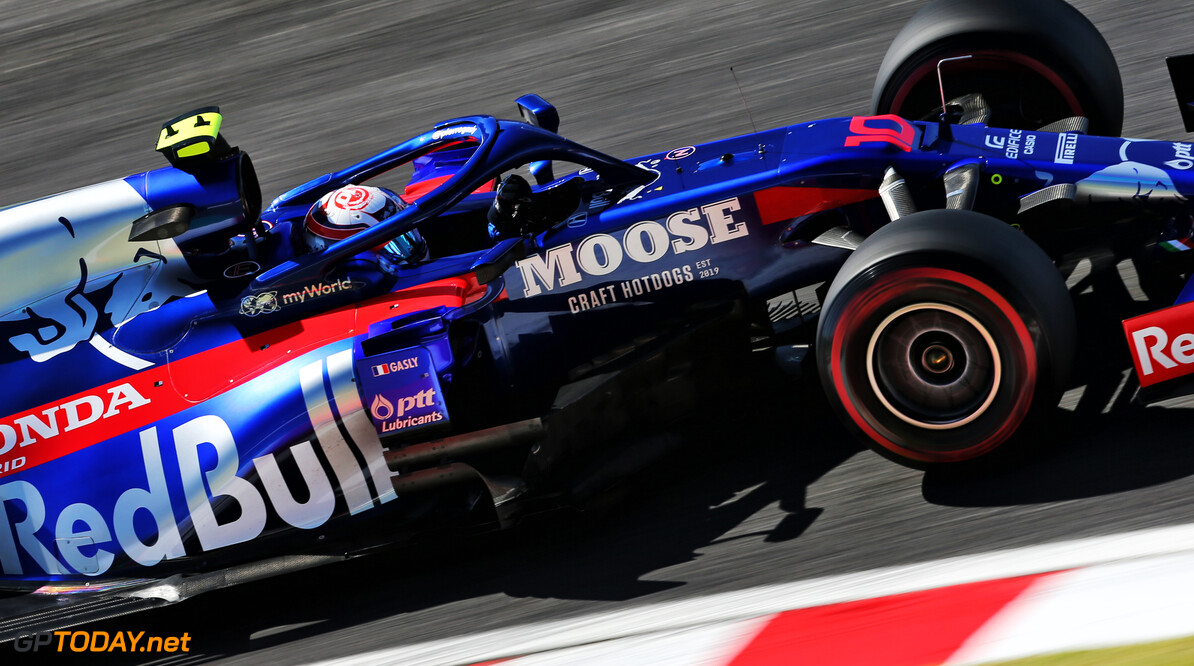 Toro Rosso's Pierre Gasly has revealed that he suffered with a suspension issue during the final couple of laps of Sunday's Japanese Grand Prix.

The French driver explained of his struggles in the high speed corners with the ongoing issue, but said that we was still relieved to have been able to score points at power unit supplier Honda's home Grand Prix.

"We knew it would be tough in the race already this morning as we didn't expect to get into Q3," Gasly commented. "We managed to qualify ninth, which was really good and in the race we knew it was going to be difficult and this was the case.

"We had a really long race, quite intense and we also had a suspension problem at the end of the race which also made things even more difficult.

Gasly also refused to comment on the final lap clash between himself and Racing Point driver Sergio Perez, which ended up with Perez in the barriers at turn two.

However, Perez still managed to keep his ninth-place finish after a system error allowed the chequered light to be shown a lap shy of the 53-lap distance, meaning the results were clarified a lap early, Gasly finishing a place ahead in eighth.

"At the moment I didn't see the footage, so I don't want to comment much about it," Gasly explained. "For sure there was an impact and I just want to review first to see if I could have done something different before I say anything but for sure I will have a look."