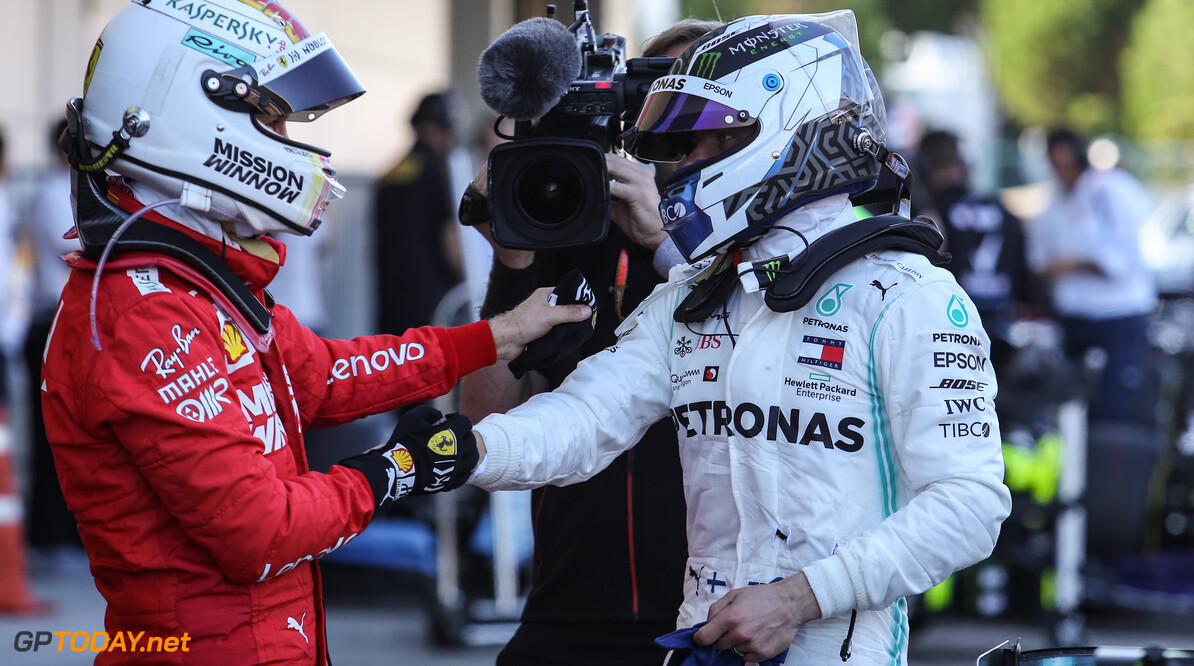 Sebastian Vettel has admitted that the two Mercedes cars were ultimately faster than Ferrari during Sunday's Japanese Grand Prix.

Vettel and teammate Charles Leclerc managed to lock out the front row during Sunday morning's qualifying, but thanks to problems at the start for both drivers, Valtteri Bottas managed to take the chequered flag first to take his third win of the season.

Despite believing that the Silver Arrows were faster in race pace, Vettel still believes that there was a strategic chance to 'play' with both cars in order to hold Mercedes back if the two cars didn't hit problems at the start.

"Yeah, because then you can play a little bit more," Vettel said. "You have two cars so you can play but as I said, ultimately they were faster and you are always going to find a way past if you are that bit faster.

"We are here to win so obviously it was not a great weekend but we got the pole this morning so with both cars at the front.

"We need to see what happened, I had a mistake at the start, I don't know what happened to Charles and we lost him early in the race so otherwise we could have been a bit more strategic to fight the Mercedes."

Vettel thinks there is still a lot to take away from the weekend at Suzuka, such as the dominating qualifying performance, and is confident the team can work on it in the final four races and bring the performance on into next season's car

"I think this circuit was probably more in their favour and maybe not for one lap but in the race they seemed to be better looking after their tyres." Vettel commented.

"It was difficult to fight them off but yeah, overall there is still a positive trend for us and we need to make sure we keep it up and we learn as much as we can for next year."