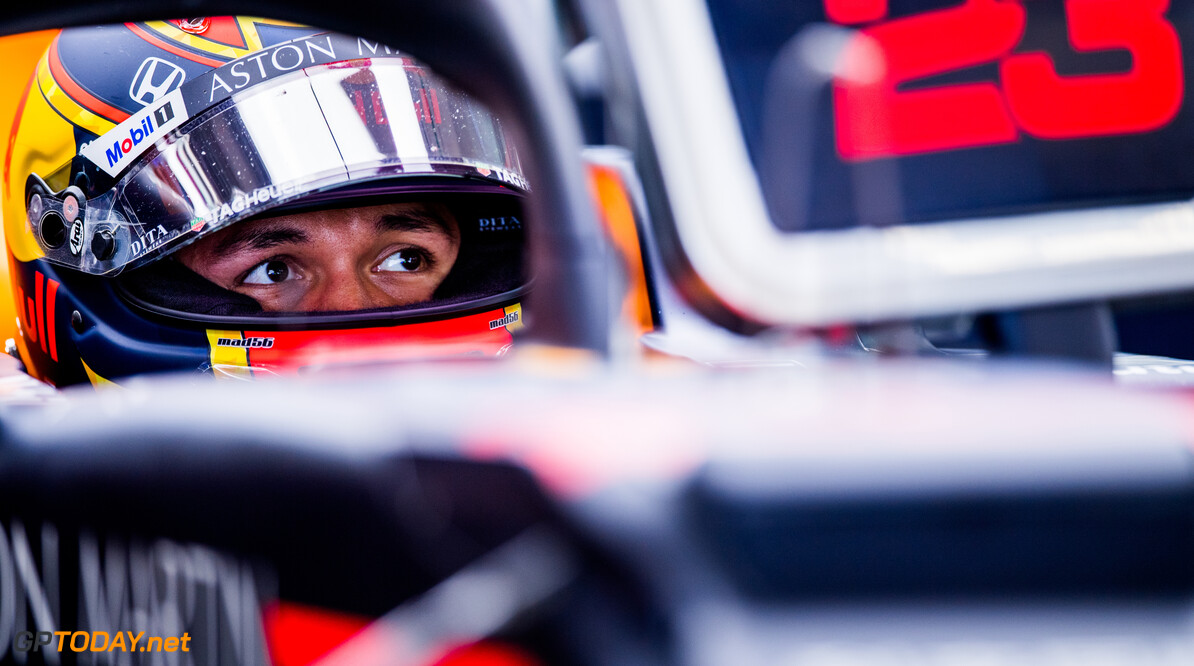 Alexander Albon denies that he is under pressure at Red Bull as he aims to secure a seat at the team for the 2020 season.

Albon was promoted into the senior squad midway through the current season, replacing Pierre Gasly who struggled to get up to speed at the energy drink squad.

The promotion came for Albon despite the fact he is only in his rookie year in Formula 1, making his debut at the Australian Grand Prix in March.

With Red Bull set to decide on its 2020 line-up after the Mexican Grand Prix later this month, Albon insists that he is not thinking about the situation, and states that he is not under any pressure.

"It's all been good, there's a lot of support," Albon said. "They've been studying me [while I] find my feet and learn from the team. They're very open to me, asking me questions and that kind of thing.

"So it has been very open. I think people think there is a lot of pressure at the moment, but there really isn't. For me, it's learning and seeing how it goes.

"I'm not really focused on next year and all that talk. It's more just focused on this and the present time, maximising each race.

"Obviously I know that results are what matter at the end of the day. In the end, there are no targets for me right now. It's just about doing the races, there's a few races to go [before Mexico]. But they haven't been pushing me or anything like that."

As F1 enters the final handful of races for the 2019 season, Japan is the next stop, with the Suzuka Circuit hosting the event this weekend.

Albon says he is looking forward to experiencing the Japanese Grand Prix for the first time - including the fans, expecting Honda's home race to be "pretty crazy" for Red Bull.

"On a fan scale, it'll be pretty crazy," Albon said. "We were there in January or February for the Tokyo Roadshow, and it was incredible.

"I had never seen anything like it, so coming to Suzuka, I really don't know what to expect. I've heard many stories. I was thinking 'this is crazy' at the Roadshow.

"Max, Pierre and Daniil were saying 'this is nothing, wait until the race weekend'. But there's going to be a lot of support."