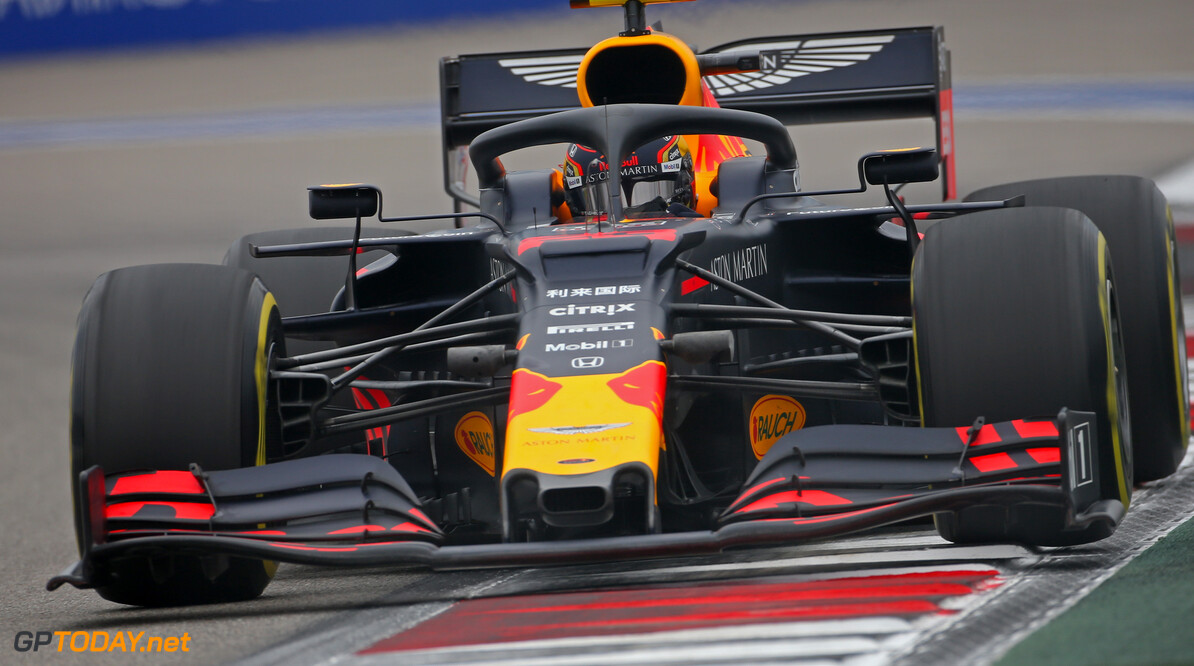 Alexander Albon says he pleased after achieving what he believes to be the maximum possible result from the Russian Grand Prix.

After starting from the pit lane after having a new spec floor fitted following his crash in qualifying on Saturday, the Thai-British driver battled through the field to take home a fifth-place finish - matching his career-best result.

Albon admits that he did benefit from the virtual safety car that was called when Sebastian Vettel retired from the race, but is pleased to have come through after enduring an "immense" loss of downforce in the dirty air.

"I'm happy after a tough Saturday," Albon stated. "That was really the best we could have done. I was a little bit fortunate with the safety car but the pace was there so I'm happy. Coming from Saturday, it was good for the team and everyone to do a good job.

"This track, the way it's designed, when you're following in a train it really feels a lot worse than other tracks because it's almost like a tunnel system where all the air is stuck in one place, a little like a street track.

"The downforce loss was immense when following, it just meant that I couldn't do the overtakes like I was used to in Spa and Monza, I couldn't out-brake people. But once there was one driver by himself that you could attack, it was no problem."

"It feels at the moment, always FP1 is a struggle and it gets better through the weekend," he said. "On Sunday it's normally more or less okay, I just need to get into that rhythm and speed earlier in the weekend.

"It'll come, I just need more laps. It was a tough weekend, truthfully, but I'm happy with the progress."