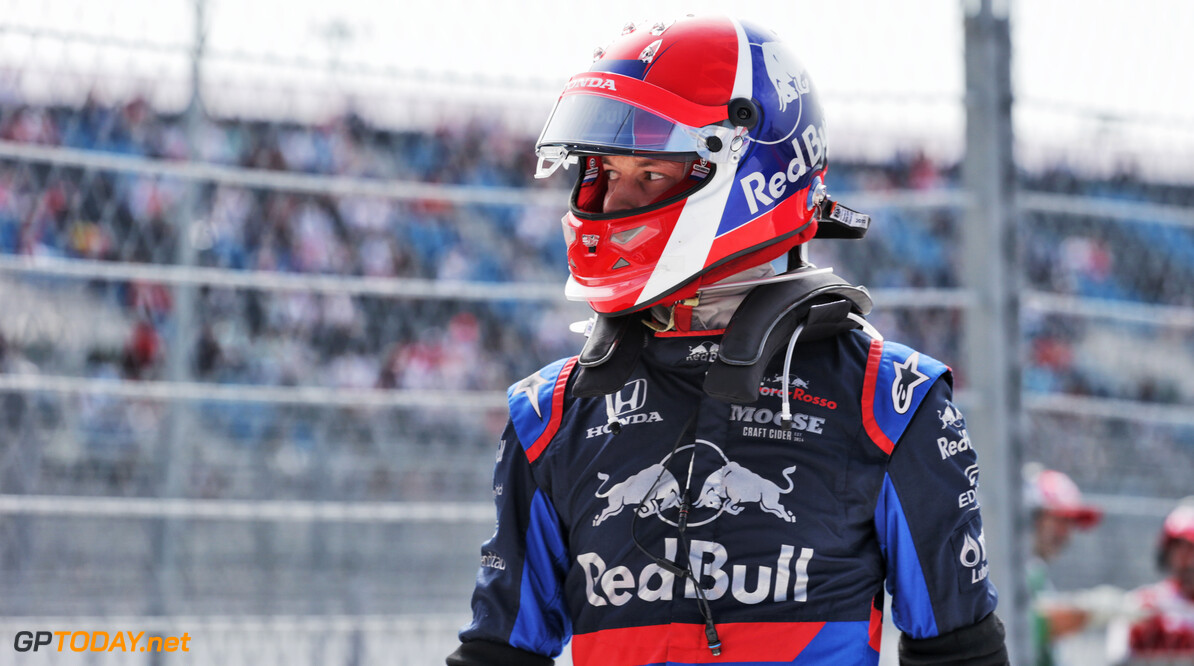 Kvyat may use new helmet design despite 'joke' rule

Daniil Kvyat still may use a new helmet design for the 2019 Russian Grand Prix, despite the fact that foing so would breach the sporting regulations.

Drivers are permitted to use one special liveried helmet at a race during the year, which Kvyat did at the Italian Grand Prix earlier this month.

The Russian had a new helmet livery in place for his home Grand Prix, but was told that he wasn't allowed to use it as it conflicted the regulations.

Article 9.1 of the sporting regulations states: "In order for drivers to be easily distinguished from one another whilst they are on the track, the crash helmet of each driver must, with the exception of one Event of the driver’s choice, be presented in substantially the same livery at every Event during a Championship season.

"A change to helmet livery will also be permitted if a driver changes team during a Championship season."

Kvyat admitted that he wasn't aware of the rule, and that he may talk to F1 race director Michael Masi about the situation.

"The rule says that there is one [special] helmet that you can use per year, which I didn't know about, but it's a good helmet, I hope you saw it. I put it in the garage to show it to everyone.

"It's a joke. But the rule is the rule. Maybe I will see, maybe I will use it tomorrow. I need to see what the consequence is, but there are bigger problems to focus on rather than the helmet."

Kvyat ended the second practice session in 12th place, recovering after he had a fuel issue which ended his first session early.