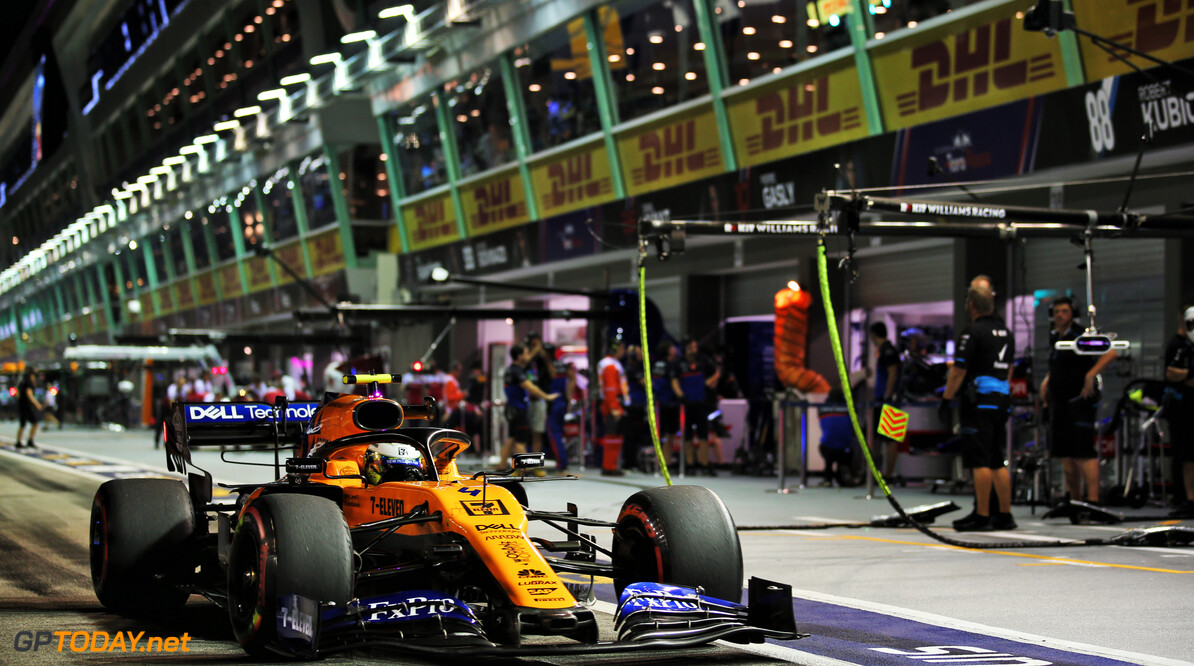 Lando Norris rated his Singapore Grand Prix performance as one of his best yet in F1 after an assured drive earned him seventh-place on his first visit to the Marina Bay Street Circuit.

After steering clear of the lap one incident between team-mate Carlos Sainz and Renault's Nico Hulkenberg, Norris’ pace was strong enough to keep him at the head of the midfield pack for much of the race and put him in position to chase down Red Bull’s Alexander Albon in the closing stages.

The result, which was Norris’s seventh points score of the season, extends McLaren’s lead over power-unit supplier Renault in the race for fourth in the constructors’ championship.

“I think it was one of my stronger weekends. I started off a bit behind Carlos mainly because of the experience and him having been here several times before. I made one mistake, a bad mistake, all weekend, which was my Q3 lap, but the rest of it was good, better than Monza and a lot of other tracks,” said Norris.

Asked if he found his first Singapore Grand Prix less physically demanding than expected, Norris said, “No, it was still very tough. If the whole race was like the final 10 laps, [when I was] under pressure and having to push, I'd be probably be sweating more and I'd definitely say I was more tired.

“The first half of the race everyone was driving so slow, trying to save tyres and go as far into the race as possible, we must have been three or four seconds per lap off a normal pace. It was only the final 10 laps when we really had to push, but it was still stressful,

"It’s so hot and your eyes would sting sometimes because the sweat would go in but apart from that it wasn’t too bad.”

With three safety car periods to contend with, Norris said his final 10 laps were “stressful” but in a direct comparison with Red Bull’s Albon towards the end of the race, he felt McLaren can come away happy with its pace this weekend.

“I don’t think we could have done a lot better today,” Norris said. “It was still not a straightforward race, I still had to push and work for it at certain times but the rest of it I could relax a bit more apart from the final ten laps when I came under a bit more pressure.

“Alex and mine’s pace was fairly similar, he was a bit quicker, but Gasly and Hulkenberg were a lot quicker. I think they had new tyres, new mediums, so they were putting me under a lot of pressure.

“I think I was a lot more stressed from behind than maybe what Alex was. I still tried but Alex didn’t make any mistakes so fair play to him. It was still a stressful last 10 or 15 laps but we held on and I did what I needed to do.”