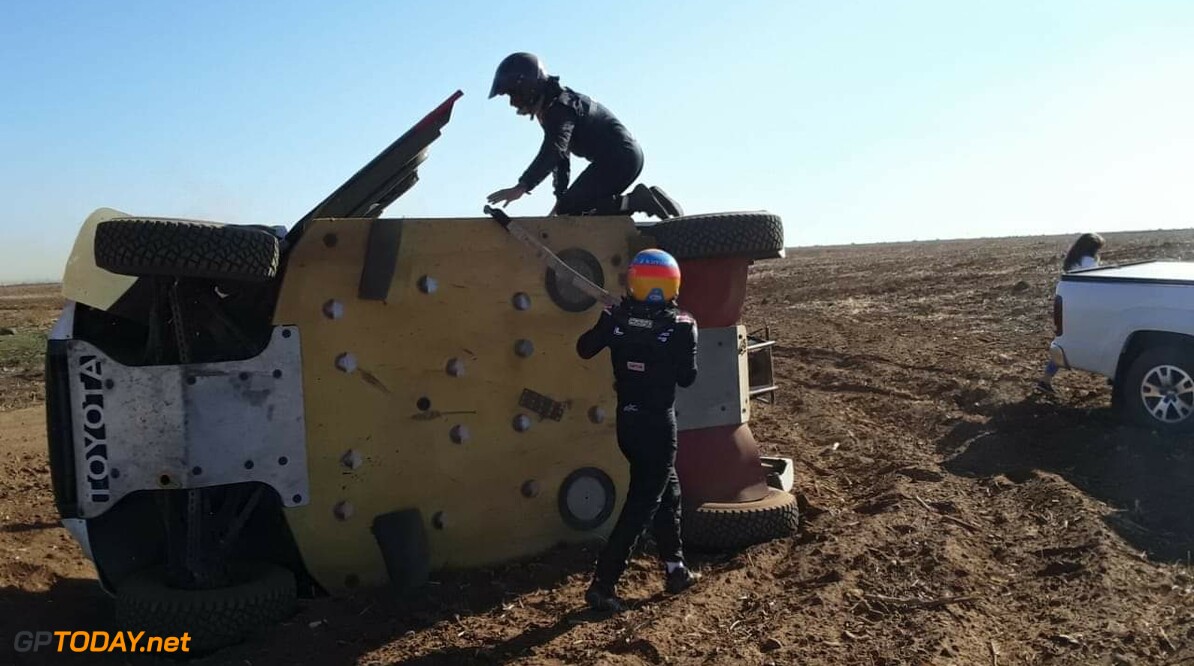 Fernando Alonso failed to classify in the final results of the Lichtenberg 400 after he rolled his Toyota Hilux on his rally debut in South Africa.

Alonso and co-driver Marc Coma were unscathed from the accident and were able to continue, but could not be classified due to the time that was lost.

In the first loop of the event, Alonso rolled the car 23 kilometres into the course, breaking the car's windscreen. After kicking out the screen, Alonso and Coma completed the loop equipped with goggles.

Organisers of the event allowed the duo to start the second loop 15 minutes ahead of the rest of the field, as they were there to gain experience ahead of a potential entry into the Dakar Rally.

However, five kilometres into the second loop, Alonso's Hilux struck a flock of birds, causing damage to the windscreen that had been repaired at the end of the first stage.

Coma was forced to hold the damaged windscreen in place for the remaining 185 kilometres of the event.

Despite the roll, the day was described as "positive" by a member of the Toyota team, as Alonso was running competitively in third place prior to his roll in loop one. The rally was eventually won by Henk Lategan.