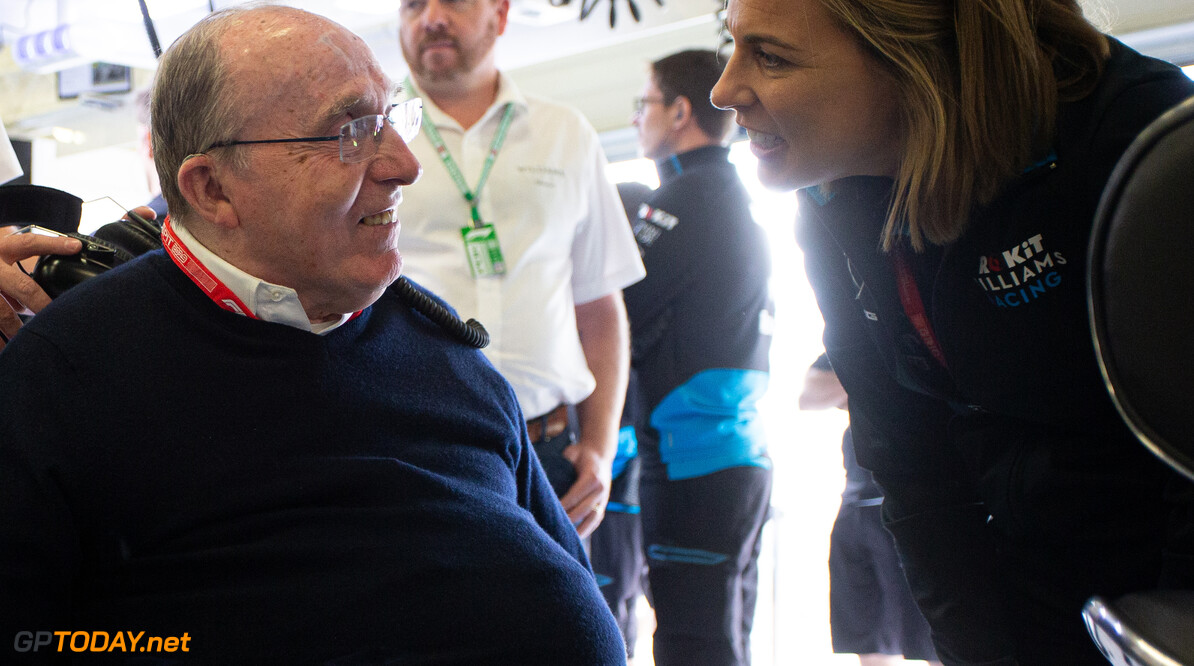 Claire Williams says that having Frank Williams present at the British and Belgian Grands Prix was a boost for the team amid a difficult season.

The Grove-based squad has scored just a single point this year, which came for Robert Kubica at the race in Germany following penalties for both Alfa Romeos.

Williams has been consistently competing at the back of the grid for the entire 2019 season as it struggles with its car, the FW42.

Frank, who is 77 years old, is no longer able to fly to races, meaning his time spent with his team during Grand Prix weekends is limited across the season.

Claire, who is managing operations at the Williams outfit, thinks that Frank's appearances in the paddock impact the F1 community positively, as well as his own team.

"It’s always great when Frank’s at the track, I think not just for our team, our team thoroughly enjoy having him there," Williams said in Italy.

"He is our leader, he is our inspiration and just to have him there gives everybody a real boost. But I think for a lot of people in the paddock as well who know Frank, I think they, as well, find it a real joy to have him around.

"Obviously because he can’t fly any more, Silverstone is invariably the one race that he can get to but we obviously saw how much he enjoyed being at Silverstone, put a plan in place to have him driven over to Spa and he loved the drive.

"As he says, this is his oxygen, it’s what keeps him going and I think if we can put a plan in place to bring him to more races by car then we will.

"I think he’s talking about driving to half the races next year. I think that means he’s going to have to set off pretty early for a lot of them. It’s great for him and I think it’s great for Formula 1 as well."