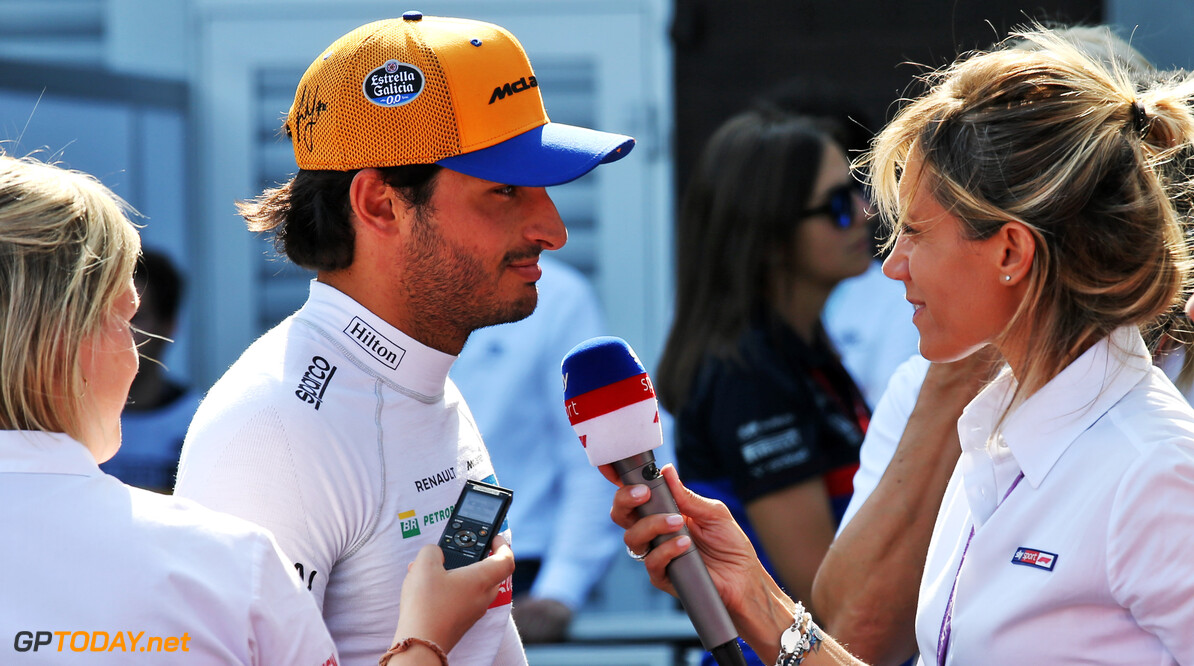 Sainz was banking on second run in Q1

McLaren's Carlos Sainz says that he was going for his fast lap on the final run in Q1, which failed to pay off as a red flag was deployed, putting an end to his session.

Sainz set his first lap time on old tyres, and didn't have the optimum engine modes available to him, which left him in the elimination zone.

As he was setting his final lap in Q1, a red flag was deployed when Antonio Giovinazzi's engine gave up and he parked on the side of the circuit.

"It was exaggerated, the bad luck, in the first run we didn't have the quali mode," Sainz said. "We weren't on new tyres, so it was always going to be a poor lap, that run first run.

"So we were waiting for the second run to be better, but there was the red flag.It was strange with the amount of failures out there.

"Not the first time that I've been caught out this year with these kind of issues. But we need to just take it on the chin. It has happened on a weekend where we are not particularly quick."

McLaren's pace hasn't looked strong all weekend, however Sainz was hoping that the team could turn around its pace in qualifying.

"It hasn't been looking great but it has happened to us this season that somehow in qualifying we manage to revert," he said.

"Hockenheim is a really good example, Australia we were not looking great and then in qualifying the car was working really well.