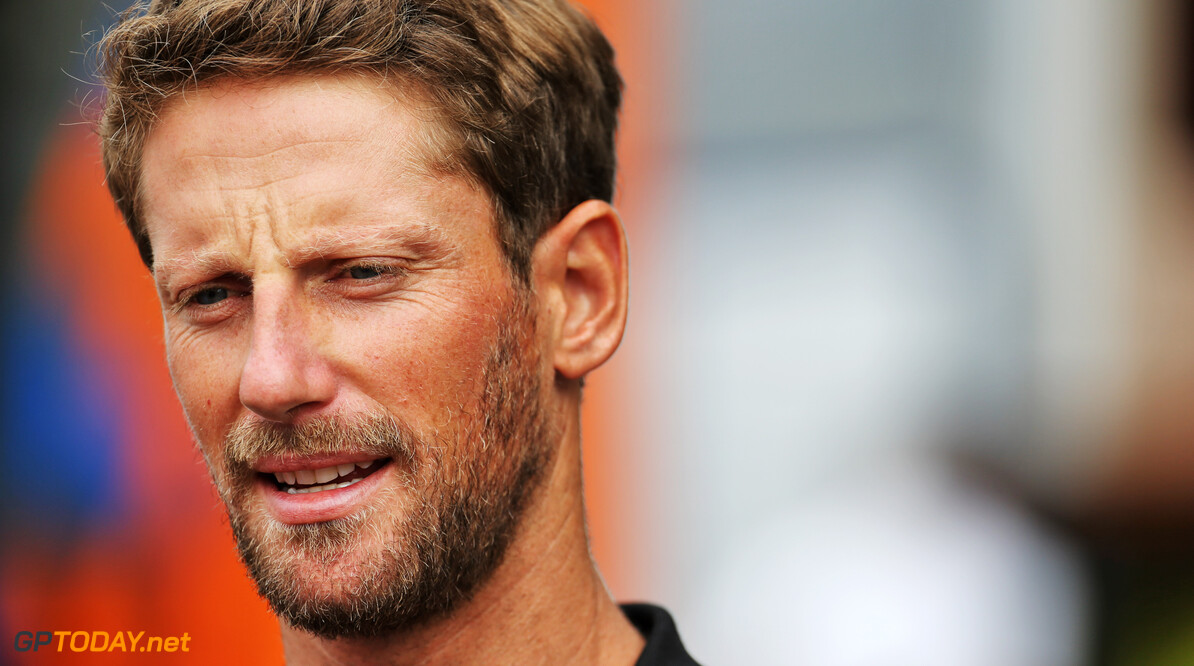 Grosjean exploring options inside and outside F1 for 2020 season

Romain Grosjean states that he has options both inside and outside of Formula 1 for next year.

Grosjean's future at Haas is unknown following the release of Nico Hulkenberg from Renault, as the Enstone squad opted to hire Esteban Ocon on a two-year contract.

MORE: Grosjean to return to upgraded Haas car at Spa | Grosjean: Refuelling the 'easiest and cheapest' way to shave weight

With two races on consecutive Sundays at Spa-Francorchamps and Monza coming up, Grosjean sees the coming weeks as vital when it comes to securing a deal with Haas.

"Not really, everyone was off," he said when asked if he had held any talks with Haas. "The next two weeks are going to be key for the future but we left in good terms and come back in good terms.

"There are options in Formula 1 and in other categories. Everyone was waiting to see what Mercedes was going to do and obviously that was confirmed this morning, and then Esteban.

"Now there's only a couple of teams that have seats available, here one so we're going to hear every rumour, maybe even Jacques Villeneuve at one point.

"There's one going in the market and another coming out. It's good for Esteban and it's a move that we knew was going to happen.

"I think French media announced it officially on Monday or Tuesday, so it was not big news this morning. But it doesn't change anything, maybe more rumours and more fun for journalists."

Grosjean not under any extra pressure

Grosjean denies that he now finds himself under more pressure than normal, as he is seemingly fighting to stay in F1 for the 2020 season.

"The pressure is always on in Formula 1, even when you have a contract it's very easy to be put aside, we have a good example this summer with Pierre," Grosjean stated.

"There was no warning coming that he was going to be dropped, so Formula 1 pressure is on. You need to perform as much as you can and as often as you can.

"For now, I still want to do F1 as the main plan. There are other things that  are appealing for the future, but I'm quite happy in F1."