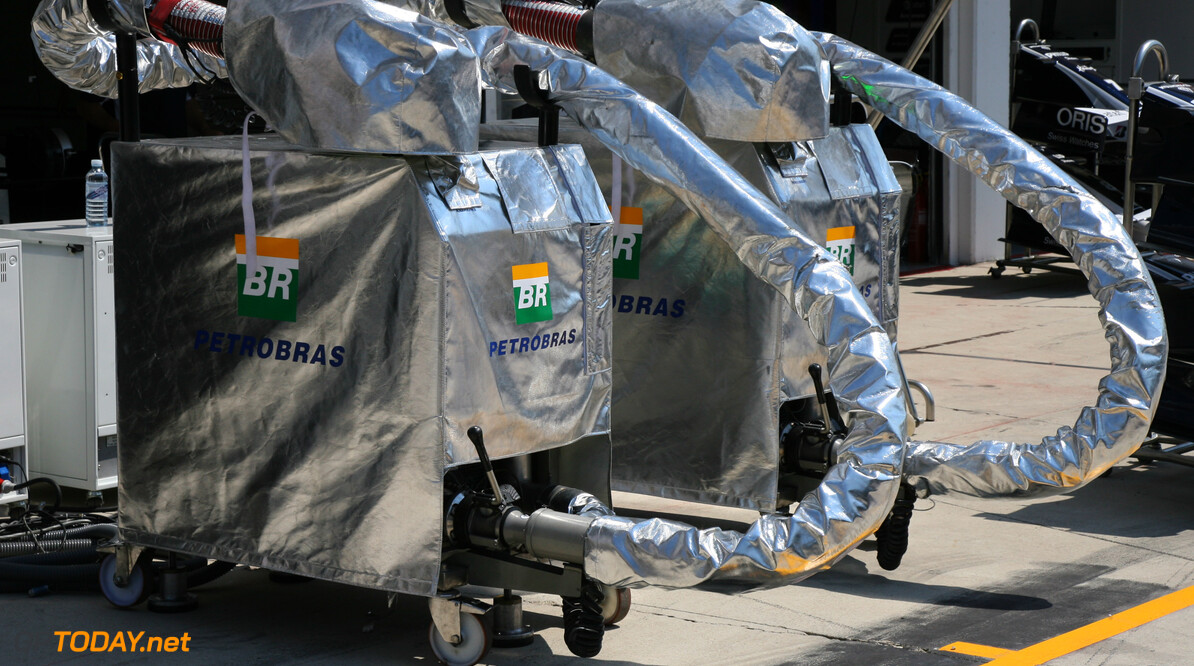 Grosjean: Refuelling the 'easiest and cheapest' way to shave weight

Romain Grosjean says that reintroducing refuelling to Formula 1 is the simplest and least costly method of bringing the weight of the current cars down.

Drivers have often complained that the current F1 cars are too heavy, with the technical regulations stating that the minimum weight without fuel must not be less than 743kg.

One possibility that is being explored for the 2021 season is refuelling, which was banned from F1 at the end of the 2009 season.

Grosjean confirmed that the Grand Prix Drivers' Association is pushing for refuelling, as it will also help with the Pirelli tyres, which many drivers are struggling with this season.

"Yes, the GPDA want it," Grosjean said. "Not because we think it's great for racing, but because we need to bring the weight of the car down to help Pirelli.

"It's a temporary fix. We'd like the car to be 60kg or 70kg lighter at the start of the race and not overheat the tyres like crazy.  It would help the tyres, which is the big weakness at the minute."

In 2009, when Grosjean first raced in F1, cars were directed to meet a minimum weight 605kg, which Grosjean says makes a stark contrast to today's cars through the corners.

F1 will also see 18-inch wheels in 2021, as well as standard brake systems, which Grosjean says is only adding to the weight when most are pushing to go in the opposite direction.

"We are talking about 18-inch tyres, which is another 25 kilos, standard brake systems, another 8 kilos.

The Haas driver added that the GPDA brought up the possibility of bringing back V10 engines to save weight, but were quickly told that it wasn't an option.