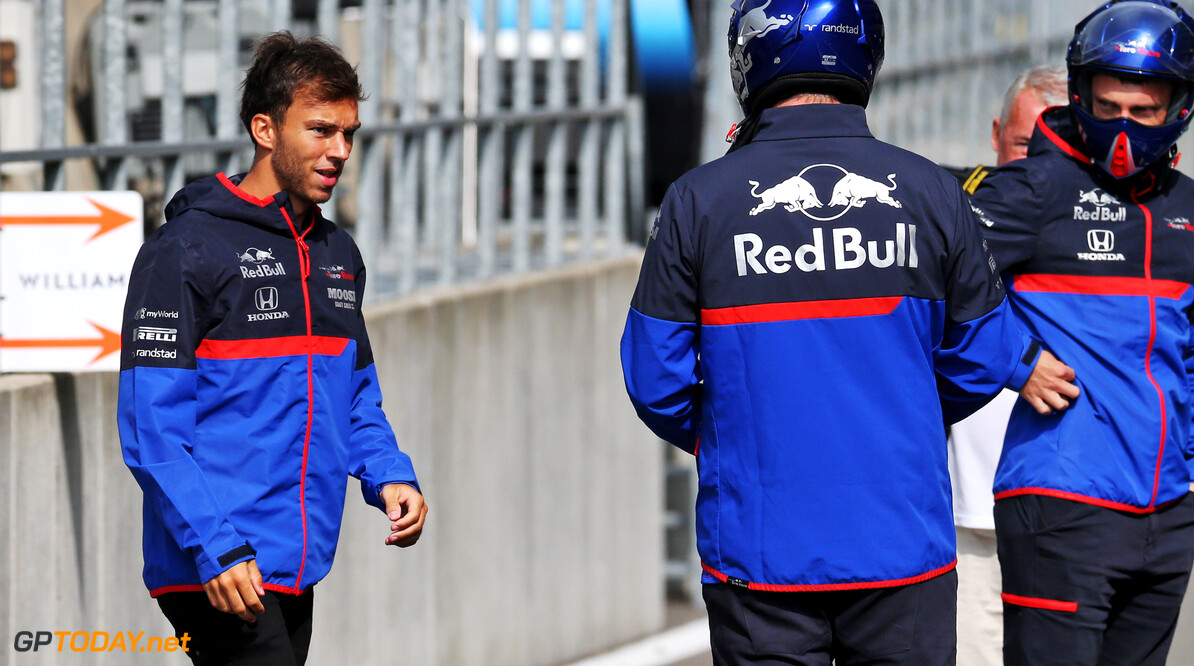 Pierre Gasly admits it was a shock to learn that he had been demoted back to Toro Rosso ahead of the Belgian Grand Prix.

The Frenchman was replaced by Alexander Albon, who is currently in his rookie season in Formula 1, after the start of the summer break.

MORE: Gasly 'happy' to be working with Toro Rosso again

Gasly joined Red Bull for the 2019 season after spending the 2018 campaign with Toro Rosso, however he struggled at the senior team against teammate Max Verstappen.

Despite the shock of losing his seat, Gasly affirms that he is concentrating on doing a good job at Toro Rosso and delivering the points for the team.

"It was of course kind of a shock that this happened," Gasly said. "It was not what I had been told before at Budapest.

"Everything was pretty clear over the last few weeks. This is past and I need to focus on the present and the things I can do with Toro Rosso.

"Whether I understand it or not, it's not going to change it. I didn't spend too much time thinking about it. The only thing I need to focus on is performing in the upcoming races with Toro Rosso at my very best."

Gasly added that he found out that he would be demoted on "the morning it was announced" to the public.

The 23-year-old says that there will be some challenges in adjusting to life back at Toro Rosso, but believes his competitive nature will allow him to deliver.

"I'm a really competitive guy and I really want to be on top of my shape and feel like I can deliver the best I can.

"I'm feeling good and full of energy For sure, there will be things to get used to and get on top of at the beginning, but I'm ready to give my best for Toro Rosso."