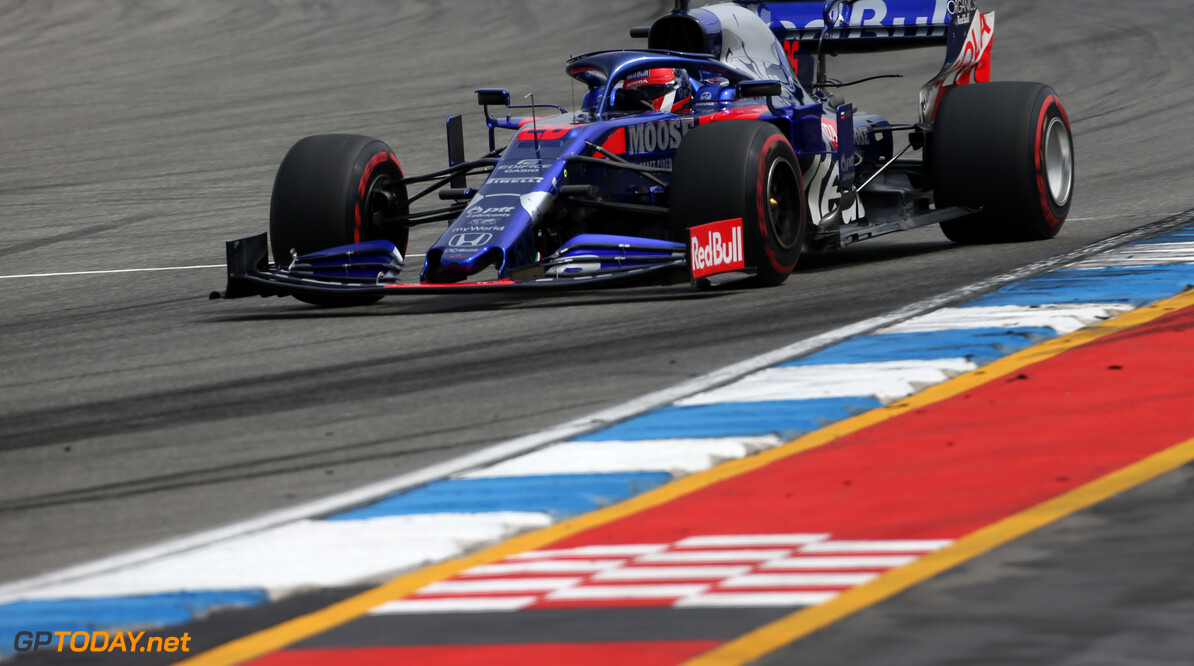 Toro Rosso's Daniil Kvyat has described this afternoon's crazy German Grand Prix as a "horror film with a bit of black comedy" after the Russian driver managed to finish on the podium in third place.

Kvyat managed to steer through the chaos to give Toro Rosso only their second ever podium in a race that was inundated by changeable wet conditions, causing many other drivers to suffer incidents and have accidents throughout the race.

"It was amazing. Amazing to be back on the podium," Kvyat told interviewer Martin Brundle after the race. "Incredible for Toro Rosso after so many years, to bring a podium to the team is amazing. The race was crazy. Finally I managed to put everything together to get this podium. I'm really happy.

This marks the first podium for Toro Rosso since 2008, when second placed Ferrari driver Sebastian Vettel managed to take the victory for the team at that year's Italian Grand Prix, a race that had much the same wet conditions as seen today.

Max Verstappen managed to take the win for senior team Red Bull, taking the lead from Lewis Hamilton after the British driver ran wide and hit the barrier, damaging his front wing and further taking a five-second penalty for cutting the pit entry after his accident.

"It was a horror movie with a black comedy. At some point I thought the race was done for me but it came alive again. It was incredible", Kvyat added. "It was incredible. A rollercoaster. A bit like my whole career."