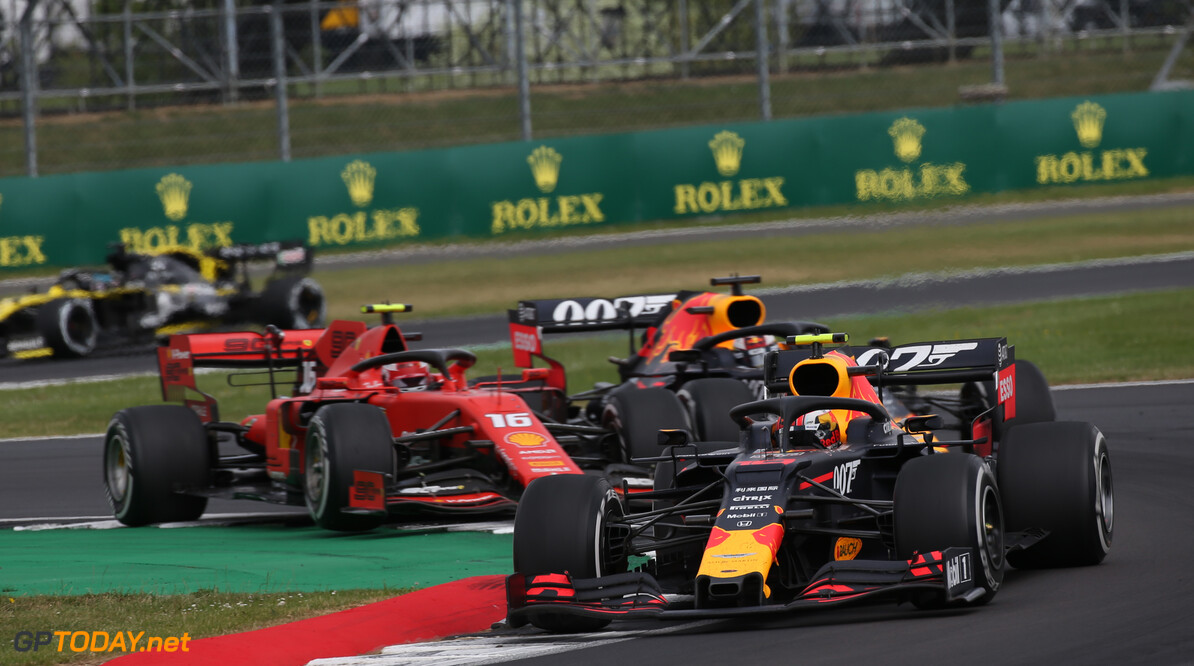 Red Bull team principal Christian Horner says it was "encouraging" to see the pace his team had at the British Grand Prix.

The energy drink squad battled Ferrari throughout the race, with Max Verstappen seemingly on his way to finish third before he was hit by Sebastian Vettel.

Red Bull has taken an upturn in pace in recent races, and has one victory to its name so far this year, courtesy of Verstappen at the Austrian Grand Prix.

"It's really encouraging to be this close to Mercedes around a track that is power-sensitive," Horner said.

"To be able to follow the Ferraris as close as we were able to through Maggotts, Becketts, Copse... Max was able to take some serious momentum behind the Ferraris and that's usually the sign of a very strong car."

The race at Silverstone also saw some encouraging signs for Pierre Gasly, who has struggled to settle in at Red Bull since joining this year.

However, the Frenchman was competitive in qualifying and battled with the Ferraris to cross the line in fourth place at the end of the race.

"I think Pierre has done a great job all weekend," Horner stated. "Austria was a really tough weekend for him and coming here, just focusing on what he's doing, not worrying about what his teammate's doing, and just getting back to basics.

"From the first session, he's been competitive, he's built on that and in the race, he passed Vettel earlier in the race, he was racing hard with Leclerc, I thought he drove very well."

Prior to the race, Red Bull confirmed that Gasly would be using Verstappen's set up as a baseline in order to ease into the weekend.

But Horner doesn't believe that the set up is the main reason behind Gasly's positive turn in pace.

"Everything is always very open between them but there's nothing essentially different this weekend. His approach to the weekend has helped as well, he just turned up and was competitive."