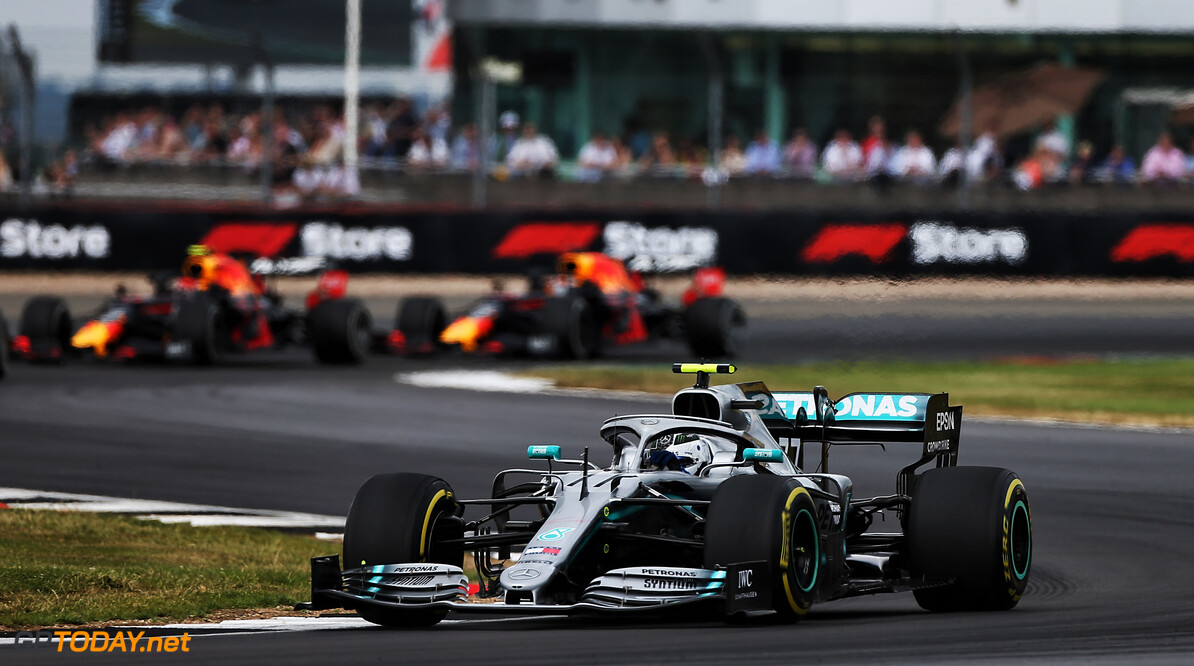 Mercedes has explained that it placed Valtteri Bottas on the medium compound on lap 16 of the British Grand Prix instead of the hard tyre as it believed that a two-stop was the fastest way to the end of the race.

Bottas pitted from the lead, but lost out when a safety car was deployed before teammate Lewis Hamilton came in for fresh hard tyres.

This meant that Hamilton didn't lose as much time and remerged in the lead and held it to the end on a one-stop strategy, while Bottas pitted again in the last handful of laps for soft tyres.

"Going into the race, we very much had a two-stop at the front and centre of our plan," said Mercedes' chief strategist James Vowles. "So did Ferrari and Red Bull.

"The one-stop was there, we knew it existed, we knew it was very much possible but you would be taking some risks doing it. It wasn't the primary strategy as a result of it It was a little bit slow on race time but obviously with the two stop, you would have to fight through traffic.

"In terms of where we were, it also meant we had to run the hard tyre for a long period of time. A tyre that in free practice, we hadn't touched.

"On lap 16 of the race by then already Red Bull had stopped on of their cars and Ferrari had stopped of theirs. They had all gone onto the medium, except for Gasly who was on the hard tyre.

"With Valtteri, we were very much in that two-stop window, his lap times had just started to stabilise, maybe just drop a little bit.

Vowles added that Mercedes had planned on splitting its strategies between the two cars prior to the race.

"We had highlighted in the morning that with one of our two cars we would take the hard tyre," he said. "A couple of reasons, the first is it does create an opportunity for a one-stop race should other circumstances come up.

"Second of all, a little bit more like Bahrain 2014, you create an opportunity for both of our cars to race each other throughout the race.