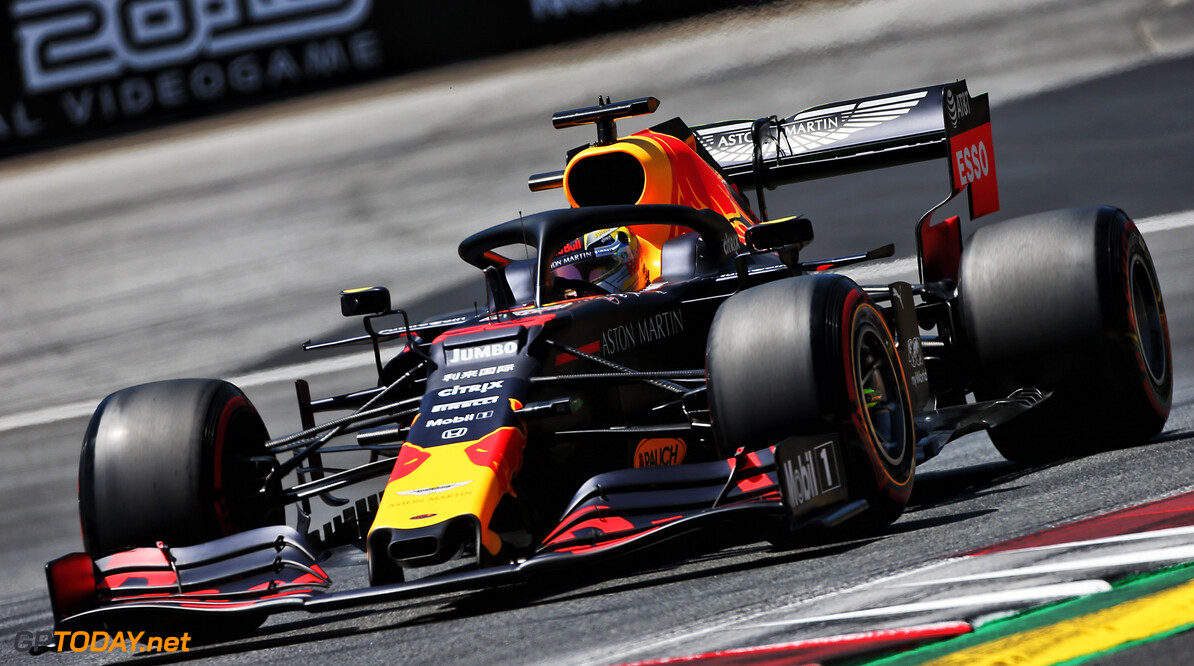 Has Red Bull found a breakthrough with its front wing?

Red Bull's pace took a sharp increase at the Austrian Grand Prix two weeks ago, as Max Verstappen soared to the race win.

The triumph was particularly spectacular after the start the Dutchman had, as he dropped down to as low as eighth place after going into anti-stall when the lights went out.

However, the 21-year-old produced a quality recovery drive to overtake Charles Leclerc in the final laps to claim his and Red Bull's first victory of the 2019 season.

Before the race in Spielberg, Red Bull's pace this season has been consistently down on Mercedes and Ferrari, claiming just two other top-three finishes.

According to Auto Motor und Sport, the energy drink squad has found a breakthrough with its front wing that has seen its pace take a turn for the better, as it is able to tackle the dirty air more efficiently.

Red Bull's strengths in recent years has been its use of the aerodynamics, but with the front wings becoming more simplified in 2019, it delivered Red Bull a disadvantage

"But we were able to control everything that was happening with the front wing last year and the year before. So that took a bit of our strength away."

After introducing a new wing in Austria, the balance of the car appears to be stronger, the dirty air is reportedly easier to manage, and the tyres are more under control.

MORE: Technical Analysis: How the RB15 was able to challenge for victory in Austria