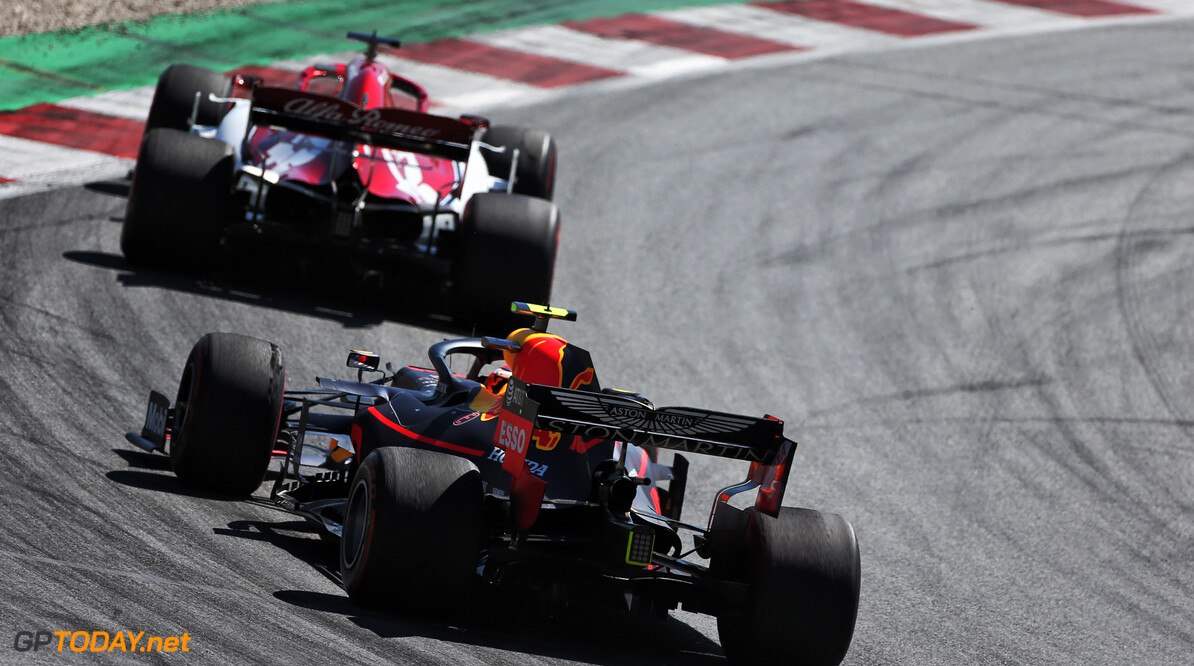 Pierre Gasly says that not managing his tyres properly after his one and only pit stop during the Austrian Grand Prix saw him suffer from blistering in the second half of the race.

Gasly started from ninth on the grid but managed to climb up two spots to finish seventh, behind the McLaren of Lando Norris.

MORE: Gasly fighting for his future at Red Bull

The Frenchman battled with Norris and Kimi Raikkonen during the opening phase of the race, which made the car difficult to drive as his systems were overheating.

"I struggled with the traffic at the beginning and spent quite a lot of time there," the Red Bull driver said.

"Then there's the snowball effect the longer you stay behind, the hotter everything gets. I struggled with that, to get past Kimi and the cars around.

"After the pit stop, I pushed too hard and destroyed the front tyres after a few laps. After that, I struggled with blistering. It wasn't the best management on my side and it made the afternoon quite tough.

"The main thing was, when you get stuck in traffic always makes things a bit harder if you don't get through it faster than what's ideal.

"Then the second stint was just blistering and struggling with the tyres. I didn't feel less comfortable but just didn't have great management with the tyres which made the weekend quite hard."

Gasly believes that he showed more speed this weekend as he was closer to Max Verstappen right up until Q3.

However, the former Toro Rosso driver knows that he needs to be able to perform where it counts.

"I think I have shown more speed. It's unfortunate it wasn't at the right end, it was in free practice.

"You want to be fast on Saturday and Sunday afternoon. There are improvements, they're not as big as what we want but we'll keep pushing until we get until what we should get."