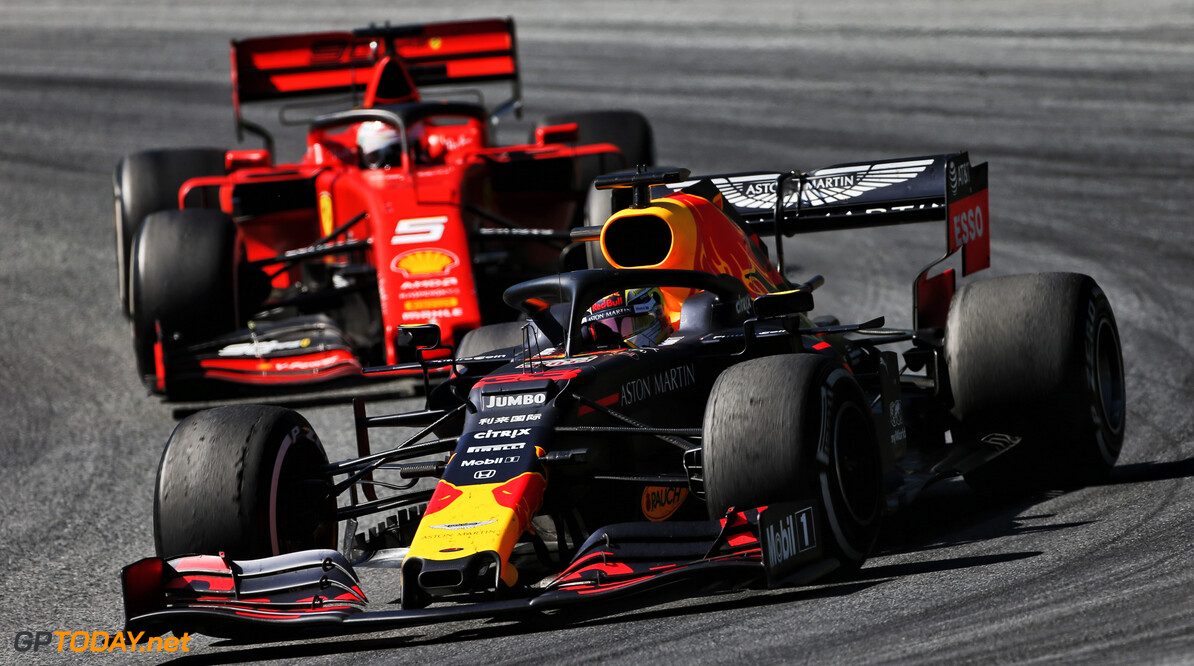 Verstappen was the star of the race on Sunday in Austria, and for good reason. The Red Bull driver out-qualified both his teammate Pierre Gasly and the Mercedes of Valtteri Bottas, but ended up starting from the front row because of Hamilton's grid penalty.

However, after anti-stall kicked in off the line, the Dutchman dropped down to seventh place and his chance of victory greatly diminished. However, he drove a brilliant race and in the last few laps pulled a daring move on Leclerc, and rightly earned himself the victory.

If you look at Leclerc's weekend up until the final few laps of the race, there wouldn't be much that could be improved upon. The Monegasque driver seemed to have a pace advantage over his teammate Sebastian Vettel, and then put his SF90 on pole by over two-tenths of a second from Lewis Hamilton. However, he was then the victim of a charging Max Verstappen, but put up a valiant fight.

It was a mixed weekend for Bottas, as the Finn was quite a way behind his teammate Lewis Hamilton in qualifying. In the race, we saw both Mercedes cars suffer from cooling problems, but he drove efficiently to secure a podium finish and cross the line ahead of Hamilton for the first time since Baku.

Vettel had a Saturday to forget in Austria, as he was unable to compete in the final part of the session due to a mechanical problem with an air pressure line. However, the German driver made up a lot of ground on the first lap after starting from 9th on the grid, but after having to make two pitstops couldn't quite manage to overtake Bottas for the last podium position.

Hamilton took to social media to fully accept the blame for impeding Kimi Raikkonen in qualifying, an error which saw the Brit take a three place grid penalty. Due to the way the penalties are applied, he actually started from 4th place. From there, he struggled with cooling issues throughout the race, but he lost a lot of time when the team were forced to replace his front wing.

Norris had another impressive race, where for a brief moment he found himself in 3rd place after pulling off a daring move on Hamilton at the first corner. He obviously could not keep the faster cars of Verstappen, Vettel and Hamilton behind, but he came across the line in a strong 6th place for McLaren. He pulled off a few good overtaking moves in the race, and managed to keep Pierre Gasly behind in the closing stages.

If they weren't before, alarm bells are most certainly ringing now for Gasly. Off the back of a poor performance in his home race at Paul Ricard, the Frenchman really needed a strong go this time around. However, he was lapped by his race-winning teammate, and spent most of the race trying to get past the Alfa Romeo of Kimi Raikkonen.

Going into the race, hopes were not that high for Sainz, as he had to start from the back of the grid after taking a new engine for this weekend. However, a good strategy from McLaren and some great overtakes meant that the Spaniard fought his way to an 8th place finish. He managed to get within two seconds of Pierre Gasly in 7th, but was unfortunate to break part of his front wing in the closing stages of the race.

Although further down the field that what he has become accustomed to in recent years, Raikkonen has being doing a great job for Alfa Romeo this season, and the Austrian GP was no different. The Iceman had a very strong, consistent weekend and a race where he managed to fight with Gasly in a Red Bull for a number of laps.

We are finally starting to see performances worthy of Giovinazzi's reputation, as the Italian driver had another good weekend off the back of a good performance in France. He was very close to Raikkonen in qualifying, and then drove a solid race to score his first points of the season, and his Formula 1 career.

The Racing Point car simply lacked pace this weekend, as both cars found themselves bring knocked out of Q1. As has been the case for a number of weekends, the race pace seemed to be better, and Perez managed to climb to P11.

Ricciardo insisted that there was a fundamental problem with the Renault car this weekend, and it seemed to show as it was the poorest three days the team has had in a long while. Ricciardo's strategy was to go long on the first stint before a sprint to the end, however it didn't pay off for the Australian.

Hulkenberg also suffered from Renault's lack of competitiveness this weekend, and also took a grid penalty after qualifying, where he managed to get the better of Ricciardo. It was an underwhelming event for the Enstone squad, who was forced to watch McLaren eke further ahead in the constructors' standings.

Stroll was closer to Perez in qualifying this weekend than what he has been before, however he couldn't deliver the same race pace as his teammate, and finished behind the Renault duo.

Toro Rosso also didn't seem to have the pace this weekend, and Albon's weekend started on the back foot as he took a grid penalty for overuse of engine components. He climbed up some spots during the race, in what was overall a weekend in which he didn't do his name any harm.

Knocked out in Q2 in qualifying while his teammate went on to finish fifth on Saturday, Haas' race pace woes continued in Austria, as both cars only went backwards during the 71 laps.

Kvyat was unlucky to miss out on advancing into Q2 on Saturday, as he was blocked by the Williams of George Russell on his final hot lap. In the race, he was nursing a couple of problems, while the team added more downforce to his car which left him vulnerable on the straights.

Williams is waiting for Germany, where it will receive a big upgrade package. But Russell surely enjoyed being abler to fight some cars on Sunday, as he mixed it up with the Haas' and Toro Rossos. Not to mention he very nearly lapped his own teammate.

When you couple a car that has no race pace with a drive-through penalty, Magnussen's race was always going to be tough. However, he was one of the stars of qualifying but started further back due to a gearbox change after FP3.

Another tough weekend for the Pole, who was simply outclassed by his teammate. Kubica complained that he had no grip whatsoever during a race in which he was almost lapped by the entire field.