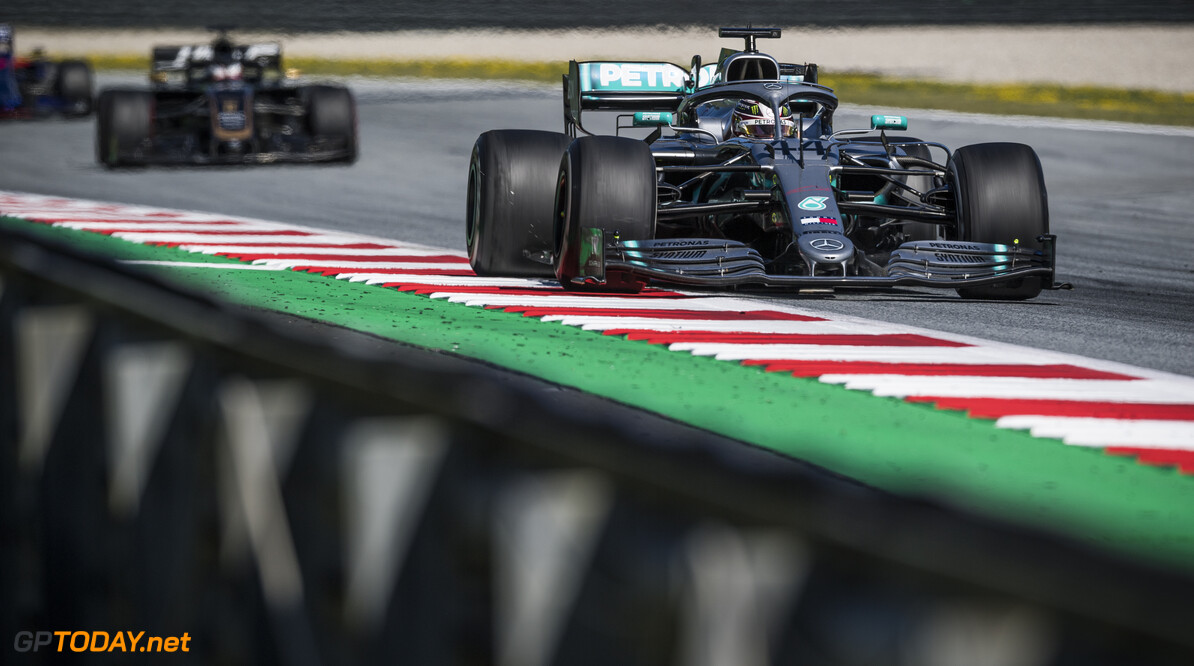 Hamilton to start from fourth despite three-place grid penalty

Lewis Hamilton has lost his front row start and will line up in fourth place for the start of the Austrian Grand Prix on Sunday.

The Briton was found guilty of impeding Kimi Raikkonen during the first stage of qualifying at the Red Bull Ring.

It promotes Max Verstappen onto the front row, while Valtteri Bottas will line-up alongside his Mercedes teammate despite having a grid drop of three places.

"Car 44 had just come out of the pits and was informed of the cars approaching,
including car 7. Although car 44 tried to take evasive action when he became aware of
car 7 approaching on a fast lap, it was not sufficient to avoid impeding car 7, which had
to then abort the lap.

"Competitors are reminded that they have the right to appeal certain decisions of the
Stewards, in accordance with Article 15 of the FIA International Sporting Code and
Article 9.1.1 of the FIA Judicial and Disciplinary Rules, within the applicable time limits."

Hamilton also receives a penalty point on his license, which is his first over the last 12 months.

"Totally deserved the penalty today and have no problem accepting it," Hamilton wrote on social media. "Was a mistake on my behalf and I take full responsibility for it. It wasn't intentional. Anyway, tomorrow is another and an opportunity to Rise."