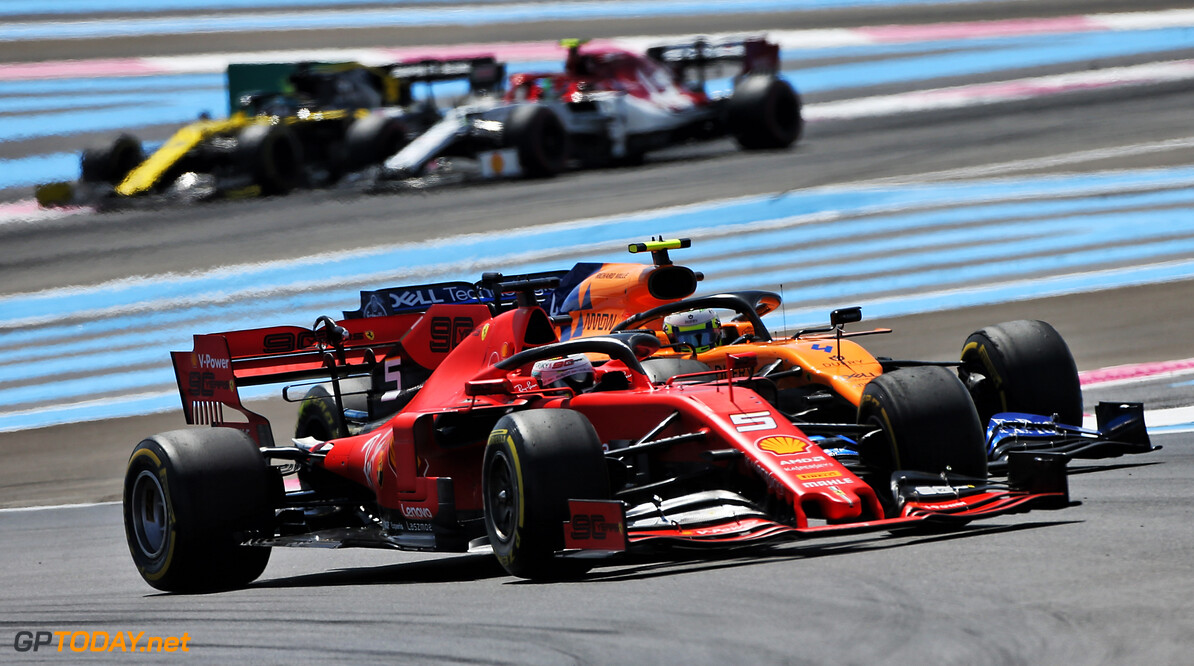 Sebastian Vettel admits he enjoyed his fight with both McLarens after the start of the French Grand Prix.

Starting from seventh on the grid, Vettel lost a spot on the run to Turn 1 to Daniel Ricciardo but reclaimed it after the Renault driver braked early.

Vettel was then engaged in battle with both McLarens, getting past rookie Lando Norris before moving ahead of Carlos Sainz, which then set in place a "lonely" race.

"It was a bit lonely, I enjoyed the start with the McLarens but other than that it was lonely," Vettel said. "I was fighting very hard but it was in distance. I actually enjoyed the driving.

"I think everyone was a bit surprised with how quickly the lights went off, they were on and then off, so I wasn't the only one that reacted a bit late. Then it got very busy.

"I was behind Daniel but then passed him again. So it was busy, but good fun, I could get my position back and focus on the two McLarens."

Vettel managed to secure an extra point after setting the fastest lap of the race, but only just did so, confirming that he couldn't properly work the battery.

Vettel pitted for soft tyres to set the fastest lap on his last round, but says that the small gap to Mercedes' fastest time demonstrated how much pace the Silver Arrows have.

"It was really tight, I don't know if we had a problem. I couldn't discharge the battery completely, otherwise it would have been a bit safer to get the fastest lap it also shows how much pace they had in hand.

"If they want to, they can just go a lot faster. That means that there is a lot of work for us, which we know from qualifying pace, etc. But we need to get close to put them under pressure."