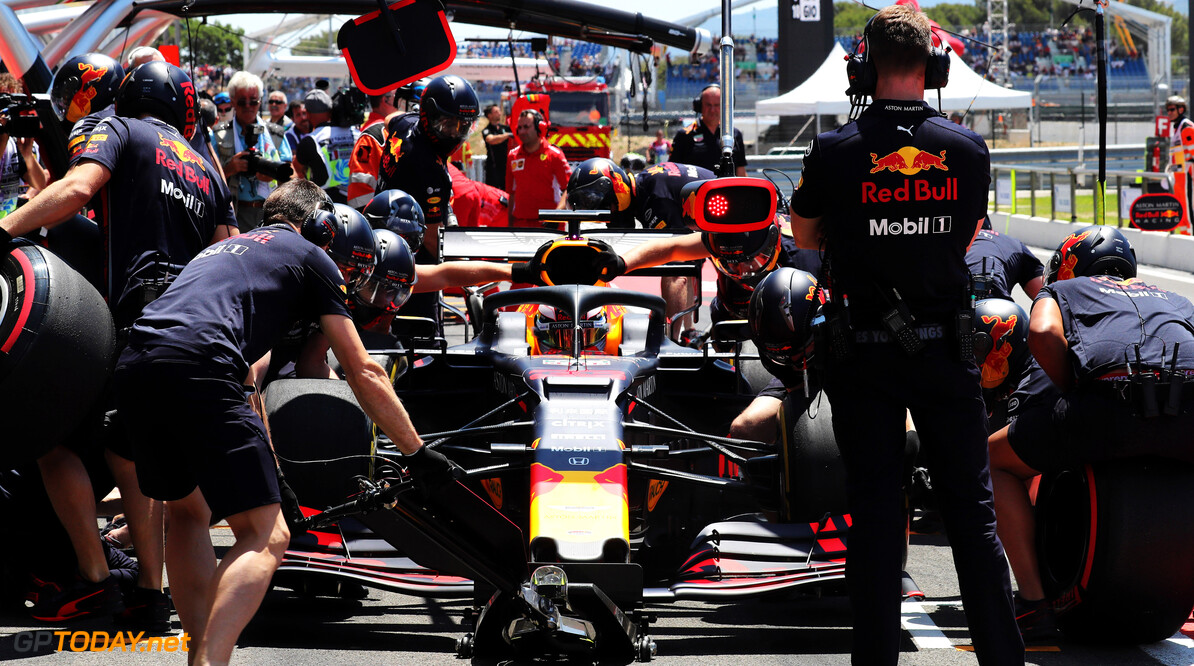 Max Verstappen believes that his Red Bull team will need "a bit of luck" in order to finish on the podium at the French Grand Prix, but feels like they have the pace to be able to challenge Ferrari.

It was not an easy qualifying session for the energy drinks firm, as they struggled for pace in both Q1 and Q2. In Q3, Pierre Gasly was beaten by the Renault of Daniel Ricciardo as well as the two McLarens of Carlos Sainz and Lando Norris.

Verstappen however managed to squeeze a bit more lap time out of his car than his teammate. On his final attempt, he finished P4, just 0.009s ahead of Norris in P5.

Asked about the sudden threat of the McLaren drivers, Verstappen replied: "I wouldn't call it a massive threat. But had a good qualifying compared to our practice session. And yeah, this weekend couldn't really find the right balance.

"Qualifying was better, but then in Q3, I think we could have been close to Ferrari. But yeah, we still need to maximize that [the balance] before the race tomorrow.

"And it's a good starting position of course, compared to where I was in Canada. We'll try to hopefully fight the Ferrari cars throughout the race."

Verstappen went onto say that he believes tyres will play a big role in the race, and was asked what his chances of a podium were.

"We need a bit of luck, like we did last year here. I think this is just not our track with all the long straights and stuff and the high-speed corners.

"The tyres, they don't really hold on, and they can make a big difference in the race. So yeah, it'll all be about tyre management, and hopefully a little bit of luck to try and get a podium."