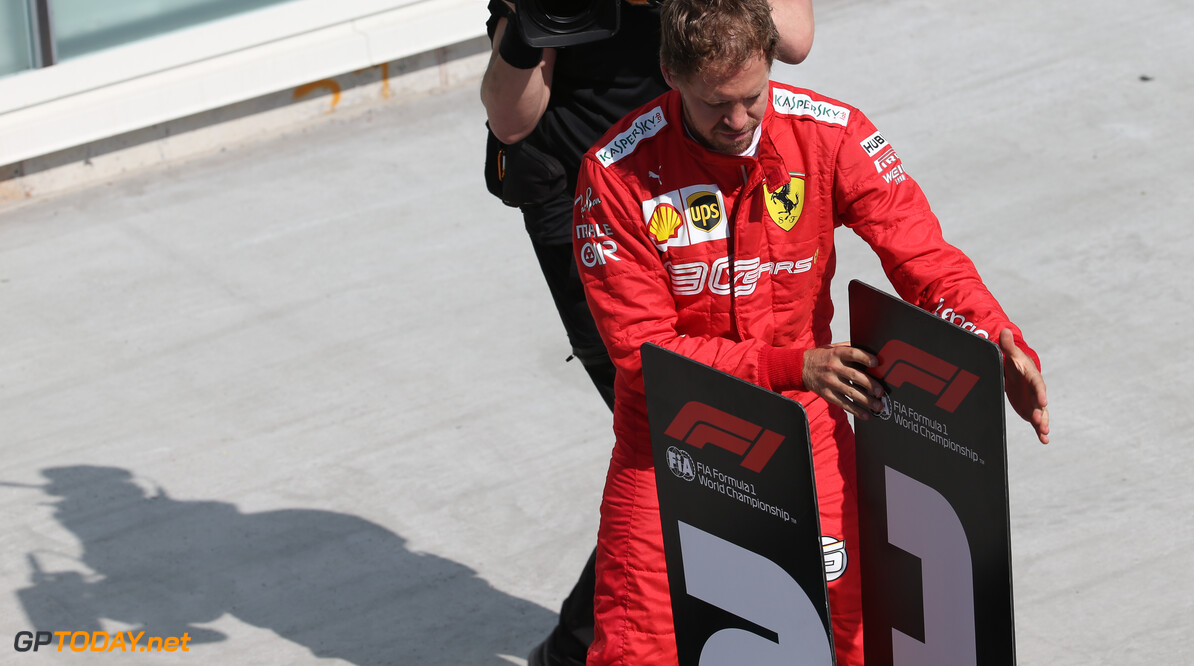 Sebastian Vettel believes that people in sports shouldn't conceal their emotions, as sports "lives from" athletes displaying their sensations.

Speaking prior to the five-second penalty that stripped him of victory at the Canadian Grand Prix under two weeks' ago, Vettel says that he does not like to criticise people for showing emotion.

Following the Grand Prix, Vettel displayed his anger and disappointment in Parce Ferme over losing the race.

"Sports, the way I see it, has the ability to capture life in a shorter moment," Vettel said. "The normal struggles that people have day in, day out, I don't think we're set free from those.

"We are facing the same struggles, probably a bit more extreme, plus we are exposed. But there is nothing wrong with that, I believe that sport lives from its emotions.

"Some are a bit more open than others to show their emotions but one thing you hear about F1 in general is the word 'passion'. And there's no passion without emotion.

"I don't think people should hide those, and I'm not a fan of criticising emotions too much, especially nowadays when you're exposed, the whole time we're here."

Vettel also questioned why people are more inclined to write and read about the negative emotions surrounding an athlete rather than the positives in their success.

"People need something to talk or write about and most likely they pick your emotions," Vettel commented. "For some reason, negative emotions are most important to report about or read about.

"There are phases in your life when things click and other phases, they don't," the four-time world champion added."

After the opening seven races of the 2019 season, Ferrari is yet to take a victory, while Mercedes has dominated proceedings - winning every race on offer so far.